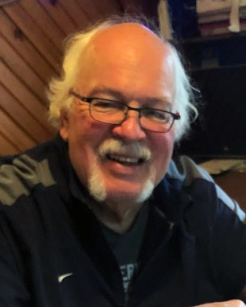 In 1960, four years after receiving his national racing license, he was Sports Car Club of America Formula 3 National champion in a Cooper-Norton. In 1964, he won his second SCCA National title in a Formula Libre Cooper-Alfa. In 1966 he drove a Lotus 23 to the SCCA NE Divisional Championship.  George raced a Lola T70 in the Can-Am series, including 11th at the inaugural race at Mont Tremblant, Quebec Canada.

In 1967, he won the Governor’s Cup at Upper Marlboro, Md., in a McLaren Chevy en-route to another SCCA NE Divisional Championship. He was also voted into the prestigious Road Racing Drivers Club in 1967. He also competed in Trans-Am series races in a Ford Mustang. George also held many overall track lap records (Lime Rock CT in1963 & 1965, Marlboro MD, and Virginia International Raceway in 1967)

Moving to the International Motor Sports Association, he won the IMSA Baby Grand championship in 1971 in a Datsun 510. In 1974, he again won the BFG Radial Challenge Series championship in an AMC Gremlin. In the 1980’s he drove Datsun Z cars in the Camel GT series in 70 starts he had 50, top tens, 27, top fives, and 5 wins.

At age 60 in 1992, he finished third in the Dandelion Grand Prix, behind son Paul in an SCCA National race at Lime Rock, Conn. Later in 1992, he led the winning team in the Nelson Ledges 24-hour race in a Caterham Super 7. He competed in his final race again at Lime Rock Park, in 2002,   just 2 days before his 70th birthday.

A graduate of Newark High School, who also attended the University of Delaware before his service in the Korean War. Alderman had success in a variety of vehicles, from open-wheeled formula cars, specially-built factory sports racing cars and production-based cars. An expert mechanic, he was involved in the development and tuning of each car, all while successfully running his Datsun/Nissan franchise with his (late) wife Marilyn. 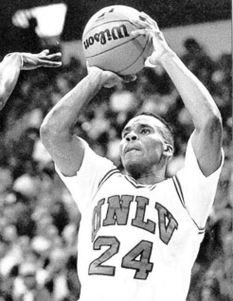 At University of Nevada Las Vegas, he was first team all-Big West in 1993 (with J.R. Rider, Bruce Bowen and Lucious Harris), after leading the team with 70 steals. Over two years at UNLV, he averaged 15.1 points per game, leading the Running Rebels to the longest winning streak in the nation in 1992 and a 47-8 record over his two seasons, playing for Jerry Tarkanian and Rollie Massimino, after starring for two seasons at Hagerstown (Md.) Community College.

In his 10-year professional career, he was named the Most Valuable Player in the Continental Basketball Association and MVP of the CBA All-Star game and played for several seasons overseas, including China, Israel, and Mexico. He played in eight games for the Phoenix Suns in 1997, helping the team advance to the NBA Western Conference playoffs. In 2003, Sports Illustrated included him among its 50 Greatest Sports Figures from the state of Delaware. He was inducted into the Delaware Basketball Hall of Fame in 2009. 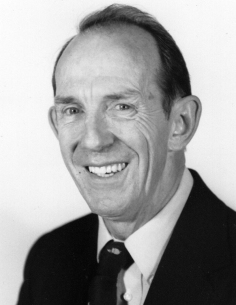 A fixture in the gymnastics world for over 50 years as an athlete, coach, official and historian, A. Bruce Frederick was inducted into the National Gymnastics Hall of Fame in 1990.

The Wilmington High graduate began the sport while a student at Warner Junior High and was undefeated in tumbling as team captain at West Chester State in 1951-52. His career in physical education took him from Krebs Junior High to the University of Wisconsin faculty. Along the way, he became a nationally-known advocate and historian for the sport, writing and speaking widely about gymnastics and fitness. He coached, officiated, established programs, and authored a dozen books, including the widely-used “Roots of American Gymnastics.”

He served on the U.S. Olympic Committee for gymnastics and as curator for the International Gymnastics Hall of Fame; wrote about the sport for the Encyclopedia Britannica and other reference works, and after retirement from teaching, became a full-time historian of the sport. He was awarded a lifetime membership in USA Gymnastics in 1996 and emeritus status with the American Alliance for Health, Physical Education, Recreation, and Dance in 1991.

Frederick, who earned his Ph.D in physical education from the University of Minnesota, went on to teach at the University of Wisconson-Superior, where he started the gymnastics program, and at SUNY-Brockport. He also served as a wrestling official and helped found the Delaware Soccer Officials Association, serving as president and earning lifetime membership honors. He passed away in 2011 at the age of 80. 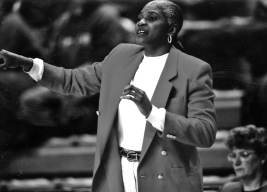 Marianna Freeman was the first Delawarean to coach in the NCAA basketball tournament. She was head coach at Syracuse University for 10 years.

At Smyrna High School, he was first-team All-Henlopen Conference in 1973, 1974 and 1975, the last three years before All-State teams were chosen in girls basketball. She started for four years at Cheyney (Pa.) State, which ranked in the top 10 nationally in NCAA II in all four years. In 1979, the Wolves were unbeaten in the regular season.

After two years as a graduate assistant at Slippery Rock, she returned home to take care of her ailing grandmother and become head basketball coach and coordinator of women’s sports at Delaware State. In her second season, the Hornets won the 1981 MEAC regular-season championship. She then joined her college coach, Vivian Stringer, as an assistant for 10 years, at University of Iowa.

In 1993, Syracuse hired her to run its women’s basketball program. She was the Orange’s first African-American head coach in any sport. Inheriting a 4-14 team, she had Syracuse over .500 in her third year, highlighted by a 62-59 victory over defending national champion Connecticut. In 2001-02, the Orange defeated defending national champion Notre Dame in the Big East tournament to earn an invitation to the NCAA tournament.

Freeman was assistant coach of the USA Junior Women’s Team in 1996, and succeeded Rudy Washington in 1998 to become the second president of Black Coaches Association. She was inducted into the Delaware Basketball Hall of Fame in 2019. 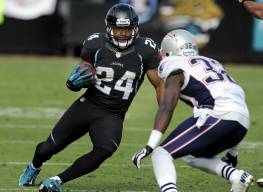 Montell Owens played nine years in the National Football League, seven of them with the Jacksonville Jaguars, and twice was named to play in the Pro Bowl.

A 2002 graduate of Concord High School and a National Honor Society member, he attended University of Maine, the only college to recruit him. Overlooked in high school, he only made All-State as a trumpeter in the All-State jazz band and orchestra teams. After three years as a reserve on Maine’s offensive unit, he blossomed as a senior, when he gained 779 rushing years and was named the team’s out¬standing offensive player as a tailback. The team advanced to the second round of the NCAA I-AA Tournament in 2002.

He joined the Jaguars in 2006 as an undrafted free agent. In 2008, Peter King of Sports Illustrated named him to his first-team all-pro team as a special-teams player.

He holds two Jaguars’ franchise records, both for special teams tackles, with 30 in a season (2009) and 118 for a career. A punt and kick returner, he was named to the AFC team for the 2011 and 2012 Pro Bowls as a special teams player.

In the 2011 Pro Bowl, he scored two touchdowns, one after recovering a fumble and returning for a touchdown, the other on a seven-yard pass reception. He led the Jaguars to the second round of the NFL playoffs in 2007. His career totals include 56 rushes for 292 yards and three touchdowns along with 12 receptions for 132 yards. While in Jacksonville, he helped form a 12-school all-star jazz band. 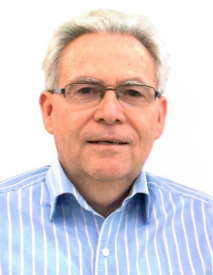 An All-American cross country runner at University of Maryland, Dan Rincon is the fastest marathon runner in Delaware history, having now held the state record for nearly 50 years.

Rincon led the Terrapins to the Atlantic Coast Conference cross country title in 1972 and 1974. He set the university records at 10,000 meters (30:04.01) and in the six-mile run. He set the course records at College Park and the Naval Academy. He won the 1975 ACC title in the six-mile, and ran the two-mile in 8:49.6, the fastest ever by a Delaware runner.

In December 1975, he finished fourth in an international field in the Baltimore Marathon, with a 2:20:07 time, which qualified him for the 1976 Olympic Trials, and which has stood for four decades as the fastest marathon ever run by a Delaware resident. 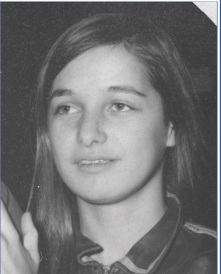 A basketball standout at St. Elizabeth High School, Ann Marie starred for the first generation of Blue Hen women’s teams. A speedy guard, she averaged 14.8 points per game over her career, still fourth in UD history. Her 18.6-point average in her senior year remains eighth in school history.

She led Blue Hen teams to three winning seasons and consecutive berths in the Eastern Association of Intercollegiate Athletics for Women (EAIAW) Regionals. Upon graduation she held school records for points in a game (29 against Ursinus), season (260), and career (602). As a senior, she scored 20 or more points eight times in a 15-game schedule. She was inducted into the University of Delaware Athletics Hall of Fame in 2011.

Since 2003, she has competed in her age bracket in both basketball and tennis at the National Senior Games (NGSA) and the World Senior Games (Huntsman). In basketball she has won three gold, three silver, and one bonze medals. In tennis she has played singles, women’s doubles and mixed doubles, winning five gold, three silver, and one bronze medals. In Senior Olympic Regional basketball, she has led teams in her age bracket to multiple titles over the last 16 years in 3-on-3 competition. 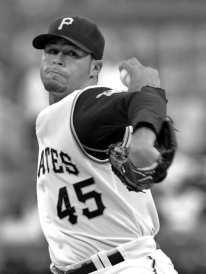 Ian Snell, a graduate of Caesar Rodney High School, was a major-league pitcher for seven seasons. In 2006, he was named Delaware’s Athlete of the Year and in 2018 was inducted into the Delaware Baseball Hall of Fame.

At Caesar Rodney, where he was named first-team All-State in 1999 as a junior, he struck out 17 in a 2000 state tournament game against Caravel and fanned 14 Concord hitters during the 1999 state tournament.  Drafted in the 26th round by the Pittsburgh Pirates, he ascended quickly through the Pirates’ system, and was promoted to the majors in late 2004. In 2003, he was named the Pirates’ organizational Pitcher of the Year after going 14-4 with a 3.00 ERA between A Lynchburg and AA Altoona.

In 2006, he became the Pirates number two starter, went 14-11, with 8.2 strikeouts per nine innings, and was named Delaware Athlete of the Year by the Delaware Sportswriters and Broadcasters Association. In 2007, he was the Pirates’ workhorse, leading the team in innings, pacing the Bucs’ starters in WHIP, strikeouts and ERA.

During his Major League career, he started 136 games and posted 38 victories with a 4.80 earned run average while striking out 639 batters in 803 innings.

After two more years in the Pittsburgh rotation, he was traded to the Seattle Mariners, for whom he was a spot starter for two seasons. He also played for Puerto Rico in the 2009 World Baseball Classic. Although he was raised in Delaware, he suited up for Puerto Rico as a tribute to his stepfather and his wife, both natives of the island. 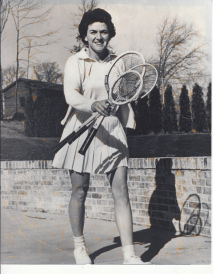 An ace on many different courts, Margaret Varner Bloss was a world-class performer in tennis, squash, and badminton for three decades, and remains the only Delawarean to compete internationally in three racquet sports.

In squash, she won four straight National Ladies Singles championships in 1960-63 and was a finalist for the U.S. Ladies Doubles title in 1961. She was also was a rifle marksman and an owner-breeder of thoroughbred race horses.