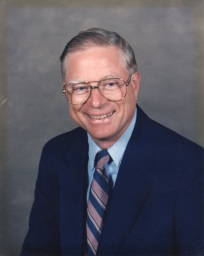 During nearly two decades as track coach at Tower Hill, Bob Behr had success that was unprecedented in Delaware and influential beyond the state's borders. He developed a small-school powerhouse and helped create competitive women's track in Delaware. From 1964 through '79 Tower Hill athletes won one fourth (56 of 224) of all Division II state championships and compiled a dual-meet record of 160-28-2. Behr coached six state championship teams in cross country and track and, in 1964, the smallest school ever to win the New Castle County championship. His athletes set state records in six events. His boys’ mile-relay teams won their section at the Penn Relays four times. In developing women's track in the state, Behr coached teams from the Delaware Track and Field Club and Tower Hill School to the women’s and girls’ 440-yard relay titles at the 1966 Penn Relays. Four athletes from the club qualified for the Olympic trials. For 13 years Behr was a sprinting consultant for the Phillies and, for 15 years, he was the Delaware correspondent for Sports Illustrated. Behr was inducted into the Delaware Track and Field Hall of Fame in 1996. 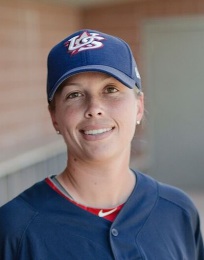 Playing for Caravel Academy Kristin Mills Caldwell scored 2,131 points becoming the first female Delaware basketball player to score more than 2,000 points in a career. She was first team All-State three years. She is the only Caravel basketball player to have her or his jersey retired. Caldwell was a three-time basketball letter winner at the University of Delaware (2001-’03). She also had an outstanding baseball career, starting with the Newark National Little League. She was selected for several all-star teams and in 1997 she pitched for the Babe Ruth League all-stars (16-18 years old). As a member of the first-ever USA Baseball women’s national team she was the winning gold medal pitcher in the inaugural Women’s World Cup. In 2004 she was honored at the Women’s Sports Foundation’s 25th annual salute to women in sports. Caldwell was a pitcher on Caravel’s 1998 state championship baseball team. In volleyball, she was second team All-State as a junior and senior at Caravel. Caldwell has coached Caravel’s girls’ basketball team in three state championships. She also has been part of the Caravel coaching staff for two state baseball championships. 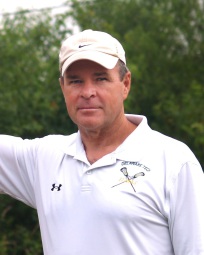 John Coveleski has coached at both the college and high school levels in multiple sports for over 43 years in the State of Delaware.  He has coached football, lacrosse, baseball and basketball at Caesar Rodney and Dover High Schools, Delaware State, Wesley and Delaware Tech. At Caesar Rodney (1983-2006) Coveleski compiled a 138-44-2 football record: he has the most wins in school history. His Riders won nine Henlopen Conference titles. In 1983 he was chosen the state’s coach of the year. He coached in two Blue-Gold football games. Coveleski also coached CR’s baseball team from 1977-’84, compiling a 79-27 record. The Riders were two-time state finalists. He also coached in five Blue-Gold all-star baseball games. Coveleski was the offensive coordinator at Delaware State from 1984-’89. The Hornets won the Mid-Eastern Conference championship in ’85. One player he coached was John Taylor, who went on to play for the San Francisco 49ers. In lacrosse, Coveleski launched the program at Caesar Rodney and coached the CR boys to three state titles, compiling a 186-45 record. He started the Del Tech men’s lacrosse program in 2008. The next year the Hawks won a NJCAA regional title and Coveleski was named the region’s coach of the year. Coveleski was inducted into the Delaware Lacrosse Hall of Fame in 2004. A winner of 14 varsity letters at Rehoboth High, Coveleski was selected as Rehoboth’s outstanding athlete as a senior when he was chosen All-Henlopen Conference in football, basketball and baseball. At West Chester University, Coveleski played four years of football. He was West Chester’s leading lacrosse scorer as a junior and senior. 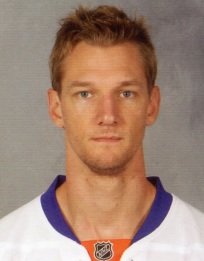 Mark Eaton was the first Delawarean to play in the National Hockey League. A defenseman, he played over 13 seasons with the Flyers, Nashville, Pittsburgh and the New York Islanders. When he debuted in 1999, he became the first Philadelphia-area native to play for the Flyers. With the Nashville Predators in 2003–04, he set the franchise record for plus/minus at +16. He was a member of the Pittsburgh Penguins’ 2009 Stanley Cup championship team, scoring four goals in the playoffs. With the AHL Philadelphia Phantoms in 1998, he won the Barry Ashbee Award as the team’s top defenseman. A graduate of Dickinson High School, he played one year at Notre Dame where he was named Central Collegiate Hockey Association rookie of the year. His 12 goals were third, his 17 assists fourth for the Irish. He played on the U.S. team in the 2003 Men’s World Championships, recording a game-winning goal against Finland, and in the 2002 World Championships, where he had three assists against Italy. 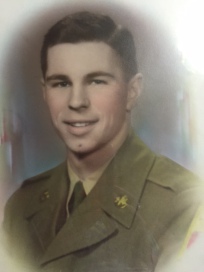 Vince Filliben coached Archmere basketball and baseball for 31 years, retiring in 1985 as the winningest coach in Delaware high school basketball history with 378 victories, including an 18-0 regular season in 1969. He was named the state’s basketball coach of the year in 1974. A quarterback, shortstop and basketball guard who was considered one of the state’s best athletes while attending Archmere, he was Drexel’s shortstop for four seasons, batting .352 as a senior. He was the MVP and batting champion of the Delco League in 1950. A one-time Pittsburgh Pirates farmhand, who hit .273 over three minor league seasons, Filliben was Archmere’s athletic director for 28 years, coached football for four years and served as the basketball rules interpreter for Board 11 IAABO for many years. The basketball court at Archmere is named in his honor. He was a member of the Delaware County (Pa.) Athletes Hall of Fame. He was inducted into the Delaware Basketball Hall of Fame in 2015 and died later that year. 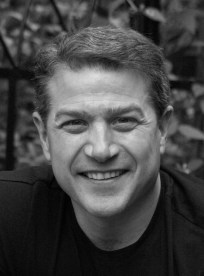 Scott Gregory is a national champion ice skater who competed in two Winter Olympics. Since retiring as a skater, he has been a coach with the University of Delaware’s High Performance Figure Skating Center. Gregory and partner Suzy Semanick won U. S. national ice dancing championships in 1987 and ’88. They finished sixth in the ’88 Winter Olympics in Calgary. Gregory-Semanick were runners-up in the 1986 national championships. Previously, skating with Lisa Spitz, they placed second in the 1983 nationals and 10th in the 1984 Winter Olympics in Sarajevo. They won the Skate Canada competition and Skate America International Competition in ’83. Gregory began skating on Skaneateles Lake in his backyard in upstate New York. After moving at age 15 to the Philadelphia area to train, Gregory suffered two knee injuries that kept him off the ice for two years. When he resumed skating he focused on ice dancing and six months later won the U. S. Junior title. Gregory moved to Delaware in 1980 and trained for six years at the Skating Club of Wilmington, and then at the University of Delaware’s High Performance Figure Skating Center. Gregory continued training until he retired after the 1988 Olympics. As a coach at the UD training center, Gregory has polished the careers of such skaters as Tara Lipinski, the 1998 Olympic gold medalist in Nagano, Japan. Lipinski, then age 15, was the youngest Olympic gold medalist in ladies figure skating. 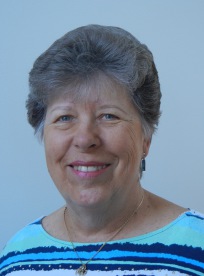 Lois Huggins has been a prominent tennis official on the regional and national levels for several decades. She has officiated at the U.S. Open for 29 years, at Davis Cup matches, the ATP/WTA tournament in Key Biscayne, Fla., and Federation Cup matches between the USA and Italy in 2003 and the USA and Germany in 2008. She is certified as a Gold Badge Chief Umpire by the International Tennis Federation, one of only eight individuals in the U.S. to receive such certification. Huggins has been the chief umpire for the Advanta Championships, the men’s US Pro Indoor tournament, and Men’s Challenger events in Tallahassee, Binghamton, and Knoxville. Huggins has served as Middle States Sectional Chairman of Officials and United States Tennis Association National Chair of Officials. She has been one of only a dozen national trainer-evaluators for the USTA. She received the Edward Mellor Award in 1989 for outstanding service to tennis officiating in the Middle States and the 2008 Honor Award from USTA Middle States for significant contributions to tennis. She also received the McGovern Award in 2009, the highest honor to be awarded to a professional tennis official. As a player, Huggins was a member of the 2002 Delaware championship 55-and-over inter-district team. Huggins was inducted into the Delaware Tennis Hall of Fame in 2002 and the USTA Middle States Hall of Fame in 2005. She is also a high school and college swimming and diving official. She was the first woman to serve as referee and a starter for the Delaware State High School Championships and was the Swimming Official of the Year in 2014. 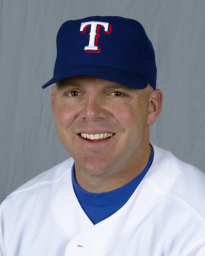 Kevin Mench was a major league outfielder for eight years, clubbing 98 home runs with a career OPS of .798. In his breakout season of 2004, he hit 26 home runs for the Texas Rangers, with a slugging percentage of .539. A year later, he hit 25 home runs. In 2006, he became the first major league right-handed batter to homer in seven consecutive games. He led the NCAA with 33 home runs as a University of Delaware junior in 1998, when he was a consensus all-American, and was named Division I Player of the Year by Collegiate Baseball Magazine. Mench played at St. Mark’s High School. The America East Rookie of the Year in 1997 and Player of the Year in 1998 and 1999, he is a member of the University of Delaware Athletic Hall of Fame. He was inducted into the Delaware Baseball Hall of Fame in 2015. 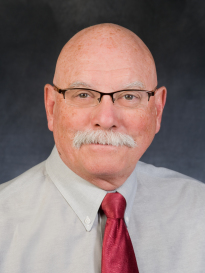 Butch Simpson won a record nine Delaware Division I state football championships at Newark High School, including five in a row (1997-2001). His teams had five runner-up finishes. In 39 seasons as Newark’s coach Simpson won 283 games, second only to Wilmington Friends coach Bob Tattersall. Simpson’s Yellowjackets were Blue Hen Conference champions or co-champions 15 times. During the 1999-2002 seasons Newark compiled a 36-game winning streak. Simpson was chosen as the state’s Coach of the Year in 1984, ’96 and 2011. He was a head coach in the Blue-Gold game three times. A large number of Simpson’s players competed in college football at all levels and several played in the NFL. As an assistant basketball coach at Newark, he helped the Yellowjackets win three state titles (1982, ’86 and ’90). 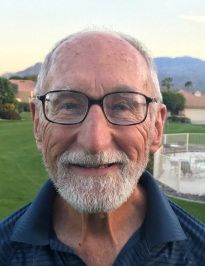 Jack Starr took up racewalking, an Olympic sport, in 1993, six years after he retired from the DuPont Co. By 2006, Starr had put together such an impressive racewalking resume he was inducted into the USA Track and Field (USATF) Masters Competition Hall of Fame, and he is still racewalking at a high level. Starr has won more than 70 USATF championships in age groups 65, 70, 75, 80 and 85-and-over at distances from 1500m to 50k. The 70-win count includes six World Masters Championship gold medals in Austria, Italy, France, Canada and the United States. He has set 40 USA national and world records in various distances from 1500m to 40k. As an 88 year-old racewalker, Starr has held age-group records at every distance from 1500m to 40k plus one-hour postal: longest racewalk distance in one-hour's time. He was the first American, 70-years or older, to ever racewalk 10k in one hour. Starr's racewalking resume includes racewalking marathons: Boston, at age 71, in 4 hours 53 minutes 31 seconds (an 11:14 pace); the Marine Corps Marathon; and, in 2011, the Delaware Marathon, setting an 80-84 age-group record time, including runners, of 5 hours 14 minutes. Starr was inducted into the USATF Masters Hall of Fame in 2006, and was voted USATF Masters racewalker of the year in 2000, 2004 and 2007. All three times Starr received racewalker of the year honors he became the oldest athlete to receive the award. Starr was elected to the Delaware Track and Field Hall of Fame in 2005. He was a resident of Delaware from 1957 to 2008 and currently lives in nearby Pennsylvania.