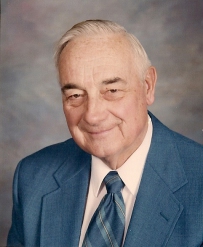 Bill Crowther’s coaching and officiating career took him from Mount Pleasant High to the Penn Relays to the Olympics. He officiated at the Penn Relays for 35 years. He also worked three NCAA Track and Field championships. In 1984 Crowther was a competition official at the Olympic Games in Los Angeles. In 1995 he was inducted into the Delaware Track and Field Hall of Fame as a charter member. Crowther was a teacher and coach at Mount Pleasant for 40 years. The Crowther-coached Green Knights won two state track championships (1968 and ’70). They also won the state cross-country title in 1984. Crowther was Mount Pleasant’s track coach in 1957-58 and 1960-83. He was the cross-country coach from 1960 to ’84. Crowther was inducted into the Mount Pleasant Hall of Fame in 2005. The Mid-Atlantic Association of USA Track and Field presented Crowther with the Ronald C. Jackson Lifetime Achievement Award in 2008. He also officiated high school and college football for more than 50 years. 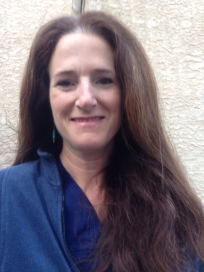 The first player, male or female, to be named first-team All-State basketball three times, Sarah Gause was also a two-sport state champion in track.  At the University of Delaware, she was the East Coast Conference Player of the Year. At Ursuline, she was first team All-State in basketball in 1980, 1981 and 1982.  In track, she is one of the few athletes to excel in both high jump and shot put, winning the Division II championship twice in the high jump and once in the shot put.  As a freshman at Georgetown University in 1982-83, she was named Big East Basketball Rookie of the Week in her first month. After transferring to the University of Delaware, she was the East Coast Conference Player of the Year in 1984-85.  She led the Blue Hens to a 56-28 record in her three years (including 22-4 in 1983-84 and 19-9 in 1984-85). Upon graduation in 1986, Sarah was among the University of Delaware career leaders in just three years of play, with 880 points (6th at that point), 530 rebounds (5th), and 115 blocked shots (2nd). Over her career, she averaged 10.6 points and 6.4 rebounds per game. As a Blue Hen, she was among the East Coast Conference’s top throwers all three years, finishing third in the ECC shot put in 1983 and 1985, and fourth in 1984. 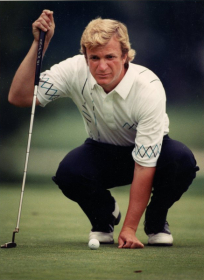 Blaise Giroso dominated amateur golf in Delaware for more than 15 years and became a force in golf throughout the Delaware Valley.  From 1979 through 1994, he won the Delaware State Amateur Tournament 10 times, before turning professional.  He also won the 1984 DSGA Open.  He won the Delaware Blue Hen Classic four times.  Regionally, he was second in the Golf Association of Philadelphia’s Amateur Championship four times.  He twice won the Patterson Cup, the Philadelphia Association’s premier stroke play tournament.  Giroso won three Silver Cross Awards (1983, 1985 and 1986), given to the player with the lowest aggregate score in the qualifying rounds of the Amateur Championship and the Patterson Cup.  He was selected 10 times to represent the Philadelphia Association in its annual Compher Cup clash with New Jersey, and eight times in the Mason-Dixon Matches against the Middle Atlantic Golf Association.  He qualified for match play in the Association’s Amateur Championship six consecutive years.  Nationally, he qualified for two U.S. Amateur Championships. 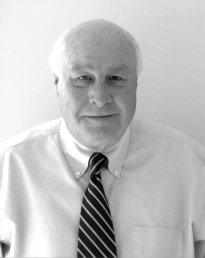 When Joe Hemphill retired in 2014 from St. Elizabeth’s High in Wilmington he had coached more football games (430) than any other Delaware high school coach. Hemphill, a St. Elizabeth’s graduate, was St. E’s coach for 42 seasons and the school’s athletic director for 41 years. Hemphill led the Vikings to three Division II state championships (1994, 1996 and 2010). His teams were state Division II runners-up in 1999 and 2000. He was the state’s coach of the year in 1989, 1994 and 2000. His overall record at St. E’s is 237-180-13. Hemphill’s victory total is number five all-time in the state. Hemphill is a two-time coach of the Blue team in the annual Blue-Gold game. He was the Blue-Gold camp director for 15 years. He also served St. E’s as a guidance counselor, psychology teacher and golf coach. Hemphill played quarterback at St. E’s and at Wesley College. After graduating from Delaware State, he planned to take a job in sales for a Wilmington liquor distributor. But when the St. E’s principal asked Hemphill to take over as the school’s football coach, luckily for St. E’s he changed career paths. 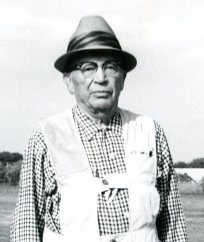 For five decades, Wilmington businessman Isadore “Izzy” Keil was a leading trapshooter in Delaware and on the East Coast, and a multi-sport athlete at the Wilmington YMCA in its heyday as the center of amateur athletics in Delaware.  Izzy entered his first trapshooting match in 1918.  He won numerous state and regional competitions, capping his career as a member of the United States trapshooting team in the 1961 Maccabiah Games in Israel.  At age 68, he was the oldest participant.  During his trapshooting career, Keil registered 45,150 targets before a vision problem forced his retirement.  He won the Delaware state handicap championships in 1943, 1945 and 1949, captured the singles title in 1945 and 1960 and topped the all-around trap standings in 1944.  Keil also won the Delaware Class C championships in 1932 and 1952.  Izzy captured the Penn-Del Twilight League and Quaker City trapshooting titles as well as several Roxborough Gun Club shooting titles.  As a young man, Keil was an outstanding volleyball player at the Wilmington YMCA.  He played on the Y volleyball team for 17 years, twice participating in national competition.  In 1924, Izzy teamed with Ralph Durstein to win the state doubles volleyball title.  He later served on the YMCA Board of Directors and was a member for more than 50 years.  Keil also set several bowling records while competing for the YMCA. 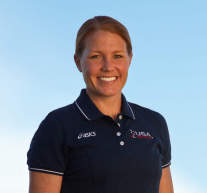 Carrie Lingo saw the world as a field hockey player following outstanding careers at Cape Henlopen High School and the University of North Carolina. At UNC she was chosen for the Atlantic Coast Conference’s 50th anniversary team as one of the conference’s top 50 players. Lingo played for the U.S. Olympic team in Beijing in 2008. Lingo scored a goal in the U.S.’s final game, a 3-2 loss to Spain in extra time. Lingo collected 19 goals in international play. She served as captain of the U.S. National team from 2009 through 2011 before retiring in 2012. In 2007 she was a member of the U.S. Pan-American Games team that finished second in Rio de Janeiro. In 2006 she played for the U.S. squad that finished fourth in World Cup competition in Rome. At Cape Henlopen, Lingo was All-State and all-conference in field hockey for three years. She helped lead Cape to the state title in 1995. She was team captain and MVP her junior and senior years. Her Cape basketball teams won three conference championships: she was all-conference as a senior. In softball Lingo was All-State and all-conference for two seasons: Cape won the conference title in 1997. Lingo operates hockey camps and also began the Amateur Athlete Scholarship, a non-profit organization that funds aspiring Olympians. 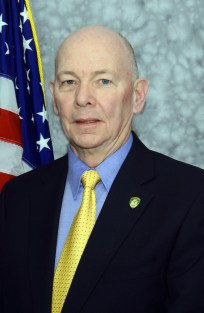 Bob Neylan was a champion hurdler at Dover High School, who later coached the Senators to four state championships. He was the state 120-yard high hurdle champion in 1961 (15.3), and set a record in the all-comers state open of 14.4 in 1963. Bob competed for the University of Alabama for two years, where he was ranked in the SEC in the 120-yard high hurdles and second in the intermediates.  After four years with the Air Force, he lettered in track for Florida State where he ran the 110-meter hurdles. At Dover, he coached the Senators to the Division I state championship in 1975, 1976 and 1980, and a regional championship in 1977, when there was no unified state title.  His teams from 1973-82 won 107 dual meets and lost 13.  He was Henlopen Conference track coach of the year six times.  In 1976 he was selected by the Lower Delaware Gridiron Club as the downstate coach of the year in all sports, and was the Delaware Sports Club’s coach of the year.  After coaching Dover, Neylan chaired the DSSAA, now DIAA, track and field committee for 11 years and was meet director from 1982 to 1995.  He returned to coach a Dover track team in decline in 1987 and revived it to complete a nine win, one loss dual-meet record and a third-place finish in the Division I meet. He was inducted into the Delaware Track and Field Hall of Fame in 1995. 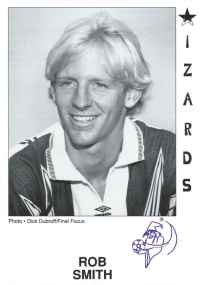 Rob Smith’s soccer path led him from McKean High School to the Olympics. Smith played for the 1996 U.S. Olympic team. He also played for the University of South Carolina and the Columbus Crew in Major League Soccer. Smith’s career began at Kirkwood Soccer Club. At McKean he was the Gatorade Delaware Player of the Year in 1990. Continuing his career at the University of South Carolina as a defensive midfielder, he was a third-team NCAA Division I All-American in 1994. Smith was a four-time All-South Region selection. Smith still holds the South Carolina record for career assists (40). As a junior Smith helped lead the Gamecocks to the NCAA championship game against Virginia. In a second-round game against Clemson he scored two goals, including the game-winner. From 1991 through 1996 Smith played on U.S. national teams that travelled to 19 countries. In 1992 he received the adidas National Academic Award. Smith has stayed in Ohio with his family.  He lives in Worthington where he teaches wellness, is president of Learning Through Sports, Inc., and is player development director for the Worthington United 94 soccer team. 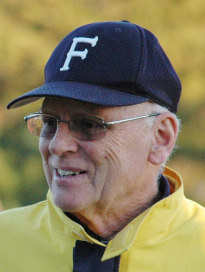 Bob Tattersall is one of those special coaches who wins games while also having lasting impact on his players. Tattersall has had a significant influence on many fathers and their sons at Wilmington Friends School: they’ve praised him as a coach and educator. Tattersall’s statistics are well known in Delaware athletics circles: most football wins in state history  (283); one state championship (1984); three other state tournament appearances (the latest in 2014); 23 conference titles; seven undefeated regular seasons; 37-game winning streak, second longest in the state; two-time head coach in the Blue-Gold all-star game. Tattersall also won nine conference baseball championships in 24 seasons at Friends and two conference basketball titles in three seasons. After playing three sports at William Penn High, Tattersall played freshman football, basketball and baseball at the University of Delaware. He then played two years of varsity baseball. Tattersall began teaching and coaching at Friends School in 1966. He became the head football coach in 1968. In 2014, Friends was unbeaten in the regular season. Tattersall Field at Friends was named after him in 2011. 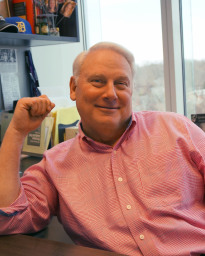 David Yates is one of the most outstanding players in University of Delaware baseball history. As a senior in 1970, the Mount Pleasant High graduate led the Blue Hens (22-6) to their first, and only, NCAA College World Series appearance. He held several season records that year including batting (.363), home runs (4), runs-batted-in (31, tied for team lead) and runs scored (30). Yates was named to the NCAA Division I All-American team at second base. As a junior, he batted .444, second highest in the nation, and was named the Blue Hens Most Valuable Player. His three-seasons batting average was .377 and he set a school record for stolen bases (60). When he graduated from Delaware, Yates held 12 University of Delaware baseball records. Yates was an All-State basketball player at Mount Pleasant High School. He also played baseball and was a fine amateur golfer who later became a major college golf coach. Yates was inducted into the University of Delaware Sports Hall of Fame in 2013. He played three seasons of minor league baseball in the Phillies organization before a shoulder injury ended his career. His golfing skills led to coaching jobs at the United States Military Academy at West Point, Stanford and the University of Oklahoma. Yates has held several executive positions in sports management companies.