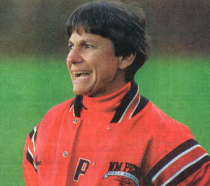 For 26 years, she was the head coach of field hockey (266-62-43 .716) and softball (375-66 .850) at William Penn High School. Her field hockey team won State Championships in 1988 & 1994 (undefeated both years) and softball State Championships in 1986, 1988 and 1989. She won 10 Blue Hen Conference field hockey titles and 18 softball titles. The Wilmington  News-Journal named her "Coach of the Year, 1988-89". She was selected as "Delaware's Most Outstanding Coach" in 1987.  Roe also has officiated field hockey and basketball. She was instrumental in starting high school coaches' associations for softball and field hockey, chairing them for 14 years. Five of her softball players earned "All-American" honors at Wilmington College; ten of her field hockey players received scholarships to play for Division I colleges. 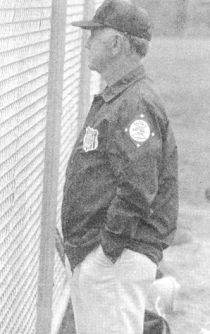 Hannah was a softball umpire with a 50 year career which took him to 17 states & three South Pacific areas. He worked high school, college, military service and national level games, including the Inter-Service Championship game in 1972 and the National Amateur Softball Association Championship in 1973 (served as crew chief, working the title game at 1st base). His career started at Aberdeen Proving ground in 1942, and began his ASA career in Delaware in 1949. Norman served as the state's Umpire-In-Chief 1967-77 and conducted many clinics throughout the State. In 1974 the ASA National Umpire-In-Chief picked him to serve as an umpire instructor on a 30-day tour of military bases in Hawaii, Okinawa and Japan. He served 10 years on the DSSAA Girls' Fast Pitch Softball State Tournament Committee, four years as acting State Softball Commissioner in regional tournaments, President of the Delaware Softball Umpires' Association for three years, and assignor for 10 years.The Delcastle Park Softball Complex is named for him as is Delaware's annual Umpires Tournament.. 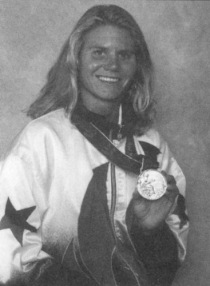 Dionna was an outstanding softball player at every level from high school through the 1996 Olympics and other international completions. She was a four-time All-Conference (Blue Hen) and All-State player while participating at Delcastle High School and played in the Senior All-Star game.  She was twice an All-American while at Del-Tech Community College, then went on to Temple University where she was twice Atlantic 10 All-Conference and first team Northeast All-American, plus being selected Atlantic 10 "Player of the Year". Harris switched from second base to the outfield when she played for Raybestos Brakettes of Stratford, Connecticut and the Southern California Jazz. Raybestos was six-time Amateur Softball Association Major National Champions and four-time participant in the USA Olympic Festival, winning two gold and one bronze medal. Her team, California Jazz was runner-up in the Canadian Cup. Dionna played on the U.S. National Team in the 1995 Australian Games, and led the 1996 Gold Medal U.S. Olympic Team with a .409 batting average; Other international completion included gold medals in Pan Am Qualifier in Guatemala and Intercontinental Cup in Hariaam and Holland. Delcastle High School retired her number 11 jersey. 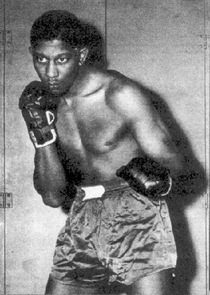 The boxer used the ring name of "Billy Nixon".  He started his career at the age of 11, and won all 22 of his amateur bouts.  He had a professional record of 89-13. His great credibility in the boxing world is shown by the three World Title fights he had in 1947, two with Kid Gavilan (welterweight) and one with Ike Williams (lightweight). He was managed first by Jimmy Toppi of Philadelphia, later by Ralph Tribuani of Wilmington. His most prized possessions when he died were the gloves and robe he wore the night he fought Sugar Ray Robinson. The robe had "Billy Nixon" on the back. 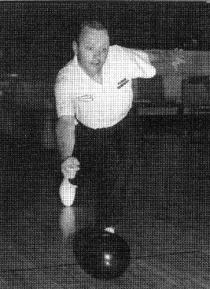 Considered by many to be Delaware's best-ever male bowler; Robbie took up the sport after a knee injury killed his dream of continuing in professional baseball ( he played with the Phillies' Georgia League Class "D" farm team). In his second year, Robbie knocked down 1185 pins in four games to win the 20th Century Classic Handicap tournament in Philadelphia, bringing home a $1,200 prize.  He was named the state's "Bowler of the Year" by the Bowling Proprietors ' Association in 1960 and by the News-Journal 1960-61. In 1964 he turned professional and his WILM team set a three-game record of 3,278 pins with Robinson accounting for 752. He represented Delaware in Kansas City, finishing fourth, the best performance by a First State bowler in All-Star history. He finished third  in the ABC national tournament in Texas, and placed 14th in the Invitational in Chicago. With Rita Justice, Robbie won four state All-Star titles. In 1964 he came out of the losers' bracket, rolled 44 games, averaging 220 per game to finish third in the Masters in Chicago. He had four perfect (300) games in open competition. Robinson was inducted into the Delaware Bowling Hall of Fame in its charter year. 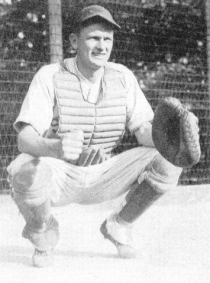 Sheats was an all-around athlete out of Middletown High School and the University of Delaware. At Middletown,  he earned four varsity letters in baseball and track, three in basketball, and one in football before the school dropped football in his senior year. Sheats captained baseball, basketball and track as a senior. He was first team All-State basketball his senior year. In track, he was state champion in the 880 yard run in 1934, 1935 and 1936 and state champ in the shot-put in 1936. At Delaware, Sheats lettered in baseball all four years and captained the team as a senior, earning three letters each in football and basketball, and was voted the University's Outstanding Athlete as a senior in 1940. He played semi-pro baseball in three leagues, 1938-40 and for Odessa in the Vinyl league in 1941-54, earning All-District honors in 1947 and 1948. Sheats was an outstanding coach in the Mar-Del league in 1948 and player/coach of the Middletown Mar-Del league basketball team 1947-49. 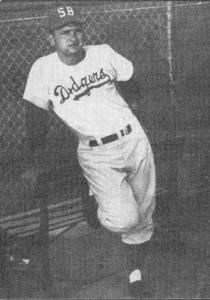 Stansky played baseball at William Penn High School for two years before Connie Mack signed him in 1939 to a professional contract,  playing for the original Wilmington Blue Rocks. His contract was sold to the Montreal Royals, Brooklyn Dodgers' AAA farm team 1943. He served in the Marines 1943-46 and played with the 4th Marine Division baseball team. Stansky played right field for a short period of time for Montreal in 1946. The Dodgers sent him down to Class A in 1948 to convert him to the position of catcher.  He made the CBL All-Star team as the starting catcher and played on various Class A teams until 1953 but his road to the majors was blocked because the Dodgers signed Roy Campanella. Stansky lost out to two of the best baseball players of all time and played alongside another in the Minors. He played games in all nine positions with Ashville, N.C. including three different positions in one game. Injury ended his career in 1953. 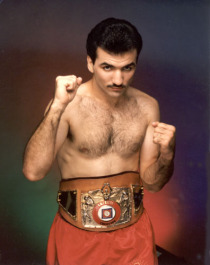 Dave  started with amateur bouts in Delaware, New Jersey and Pennsylvania and twice won the Pennsylvania Golden Gloves title. He boxed with a U.S. team that amassed a 62-10 record against Ireland, England and Canada.  He was ranked in the top 10 in his weight division. His first professional fight earned "Fight of the Night" honors at Atlantic City's Playboy Hotel and Casino. Tiberi fought his second pro fight in Las Vegas on the under card of the Hagler-Mugabi bout. He became a popular attraction on ESPN and USA networks, and cracked the top 15 in the world rankings with an impressive KO of veteran Troy Watson. a fifth round TKO of puncher Ed Hall made him Delaware's first professional boxing champ in July 1991.  The victory drew offers from middleweight legend Roberto Duran, Roy Jones, Vinnie Pazienza, Howard Davis and Mike McCollum. His last fight in February 1992, was a controversial loss to James "Lights Out" Toney. Judge Frank Burnette scored the bout 117-112 for Tiberi, but two unlicensed judges from Toney's home state gave it to Toney 115-112 and 115-111. The decision caused Delaware's U.S. Senator William V. Roth to launch an investigation into the sport. 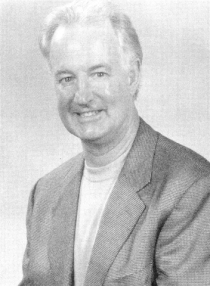 Pat was a Tower Hill School product who went on to co-found the Orlando Magic of the National Basketball Association and helped lead it to the NBA finals in 1995. He was general manager of NBA teams in Chicago, Atlanta, and Philadelphia. Williams spent seven years with the Philadelphia Phillies' organization, two as a player, and five in the front office and three years with the Minnesota Twins. Twenty-one of his teams have made the NBA playoffs, five have gone to the finals. He was named one of the 50 most Influential men in NBA history in 1996. Pat spear-headed the birth of the WNBA's Orlando Miracle team in 1998. He has drafted, signed, and traded many of the NBA's best players and coaches. Williams is considered one of America's best motivational, inspirational and humorous speakers. He is an inductee in Wake Forest University's Sports Hall of Fame (was catcher on Deacons' ACC 1962 championship team). Pat has run in 13 marathons and climbed Mount Rainier in Washington State. He caught pitchers Bob Feller, Bob Gibson, Fergie Jenkins, Rollie Fingers, and Gaylord Perry in major league fantasy camps.