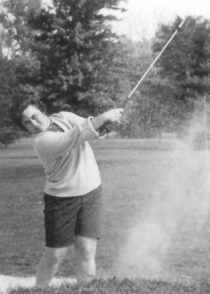 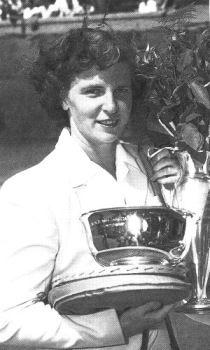 The 1947 Wimbleton women's singles tennis championship was one of her 37 major tennis titles. She was ranked among the world's top players into her 40s. She won 25 U.S. Open titles, three in singles (1948-50), 13 in doubles and nine in mixed doubles. She Also was the French Open singles champion (1946-49). Only Margaret Court, Martina Navratilova and Billy Jean King surpass Osborne's 37 Grand Slam titles. 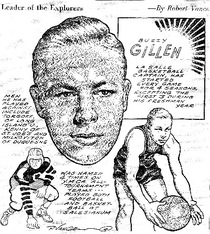 Buzzy began making a name for himself in basketball as a Wilmington teen on the Jackson Street Boys Club Reapers, who won three junior and two senior state titles. He continued at Salesianum, as captain his senior year. At age 14, he was national champion, making 21 baskets from the floor in one minute, in a 1932 Boys Club shootout. Buzzy played for undefeated Beacom College one year (1936-37) and LaSalle College four years (1937-41) where he started every game for four years except the first two games his freshman year. At LaSalle he played the most minutes of any player; captained the team his senior year & was in the top 20per cent of his class academically. After college he played with the San Diego Marine Corps team and played with the All-Star team in Hawaii. Professionally, he played two years with the Wilmington Blue Bombers (1946-47 and 1947-48). In football Buzzy excelled two years at Salesianum & selected first team All-State (1935-36). He played fast pitch softball making the All-Star team in 1936 against the World Champions, Fort Wayne, Indiana. 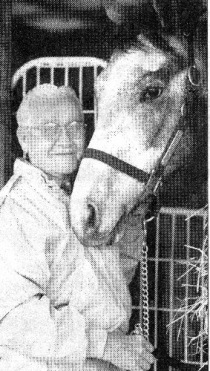 Hanford carved out three careers in racing. He started out as a jockey, then became a trainer and eventually a race steward. He was trainer of "Kelso", one of history's most successful thoroughbred racehorses. He worked out of Bohemia Stables and began training Kelso, a three-year old, in 1960. Kelso won eight of nine starts and five consecutive Jockey Gold Cup "Horse of the Year" awards. He ultimately won 39 of 63 career starts. Kelso was considered by Hanford as the "Greatest Thoroughbred Ever." Kelso was voted among the top five horses of the century. Hanford also trained LaCorredori, winning the first running of the Galleritte Stakes at Pimlico. After quitting training, Carl became Presiding Stewart at Delaware Park. National Sports Columnist Walter Haight wrote in a 1966 article that Hanford's training skills made Kelso, a good horse, great. Carl is also a member of the Nebraska Hall of Fame. 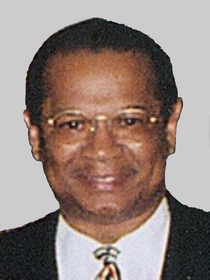 As a Howard High School sprinter, Henry anchored the 400-yard relay team that won Delaware's only Penn Relays Championship of America, in 1962. He was state champion at 100 and 200 yards in 1961 and 1962 and anchored three relay teams to longstanding state records. In college, he ran for Morgan State University where he won another Penn Relays championship of America. Henry also ran on Morgan State's National AAU winning team in the spring medley relay. After becoming a coach, he guided Wilmington and Dickinson High schools to 13 conference, five City/County and four State titles. In 10 years as coach of Wilmington High School, his teams logged a 93-7 dual-meet record. Spencer served as running coach for the Philadelphia Phillies baseball team from 1968 to 1974. He was inducted into the Delaware Track and Field Hall of Fame in 1994 and the Morgan State University Track and Field Hall of Fame. 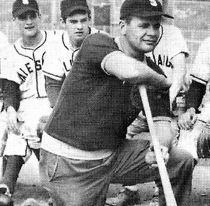 Delaware's All-time winning high school baseball coach, Father Kenney guided Salesianum teams to a 411-168 record from 1957 to 1991 and never had a losing season. Salesianum made 21 state tournament appearances under Kenney, winning two titles and placing second twice. He coached 50 All-State players and 12 who were drafted professionally. Father Kenney was elected "Coach of the Year" in 1982. He was elected to the Delaware Baseball Hall of Fame in 1995. In addition to coaching, Kenney served as Salesianum Athletic Director 10 years, was assistant football coach and a DSSAA Board member. He was honored by the State Legislature in House Resolution 31 (1995) and House Concurrent Resolution 27 (1997) 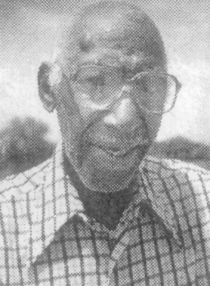 A star in the old Negro Baseball Leagues in the 1930s, he was scouted and signed by the Philadelphia Black Meteors at a time when blacks were not accepted in the major leagues. Saddler was a lifelong Delware City resident and a Howard High School graduate. The slick-fielding, power-hitting shortstop also played for the Philadelphia Stars, Newark Eagles and Bacharach Giants. He played in Canada, Cuba and the Puerto Rico Winter League. His team won the Puerto Rico Winter League. As a member of the Bacharach team, he played with Roy Campanella, a major league "Hall of Famer". Some other players he played with and/or against were Josh Gibson, George Scales, Wild Bill Happ Evans, Chaney White, Judy Johnson, John Beckwith, Ray Dandridge and Cool Papa Bell.