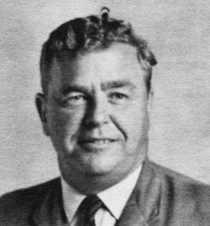 Billings compiled a 155-31-3 record as Middletown High's football coach for 19 years (1962-81). The school had won only 14 games in nine years before he arrived. Middletown took on all schools, including Division I Newark and put Middletown High on the map by beating powerful Salesianum in 1966. Billings had seven undefeated seasons, five in a row, winning 53 straight games, stopped by Newark High School in 1967. He won eight Diamond State Conference championships and six Blue Hen Flight "B" championships. He is the  only coach honored three times (1965, 66 and 70) as "Delaware High School Football Coach of the Year."  He coached three Blue-Gold Delaware All -Star games serving as head coach in 1963 & 1973 and as an assistant in 1972. Billings coached in the first State championship game in 1971 and won the Division II State Championship in 1978. His team also played in the 1972, 73 and 74 state tournaments. He was President of the Delaware High School Football Coaches Association four years. He was inducted into the Catawba College Hall of Fame in 1997; also recognized by Edenton, N.C. 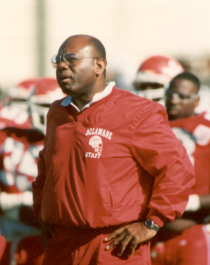 Bill produced 11 straight winning football seasons and 62 first team All Mid-Eastern Athletic Conference (MEAC) players at Delaware State University (1985-96). He produced six All-Americans and 19 Professional players. The school's winningest coach, he had a 47-16 conference record (11 years). Collick served as Defensive Coordinator for coach Joe Purzycki from 1981-84. He was named MEAC 1985 "Coach of the Year" and Pigskin Club of Washington, D.C. "Coach of the Year" four times. Bill's teams won or shared five MEAC football championships and won seven or more games for seven seasons. He played high school football at Cape Henlopen High and was named "Outstanding Lineman" in the 1970 Blue-Gold High School All-Star game. Bill was a two-year starter at Wesley College (1970-71) and later graduated from the University of Delaware. He coached wrestling at Delaware State University for three seasons and was named 1994 MEAC "Outstanding Wrestling Coach". He became DSU's Athletic Director in 1996. He was inducted into the Delaware State University Hall of Fame in 1999. 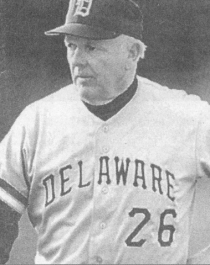 The University of Delaware's Bob Hannah enjoyed a Hall of Fame career in his 35 seasons as head coach. Hannah owns a record of 1,053-463-6 (.694%) since 1965; making him one of only 70 coaches in college baseball history to reach that milestone. Bob was inducted into the American Baseball Coaches Association Hall of Fame in 1991. A 1961 University of Delaware graduate, he guided the Blue Hens into NCAA Regional play 11 times and led them to their only College World Series appearance in 1970. Hannah was named NCAA East District "Coach of the Year" five times. He was named conference "Coach of the Year" seven times. His teams won 21 Conference regular season titles, including five straight from 1994 to 1998. The Blue Hens had just two losing seasons in his 35-year career, had eight 30-win seasons from 1976 to 1983 and four more in 1985,88,91 and 92. From 1994 to 1998, the Blue Hens posted five straight 40-win seasons. Hannah coached 23 All-Americans and 32 Major League draft picks. He was inducted into the Delaware "State" Baseball Hall of Fame in 1994. Bob retired after the 2000 season. 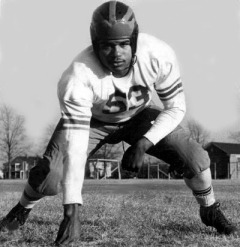 Motley excelled in football and track at Delaware State College after he transferred from Alabama A&M in 1942. Motley, a native of Anniston, Alabama, was one of 33 players coach Frank "Dyke" Smith brought with him from A&M when he left Alabama for the Hornets job. Motley was a fullback and lineman on DSUs first unbeaten team in 1942. He ran a 9.9 second 100-yard dash for the Hornets in 1942. Motley and Delaware State teammates Bennie "Catfish" George, William "Rip" Stephens and Nate "What a Man" Johnson, were nicknamed by the media as the "Black Four Horsemen" while in the Army and starring for Fort Huachua (AZ) during World War II. He spent 37 years as a teacher and guidance counselor in Dover, Seaford and Wilmington. 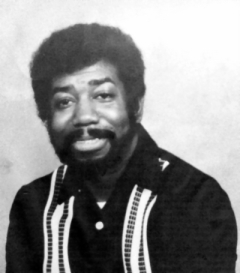 This 5-foot-4 strong man weight-lifted his way to many titles, starting with "Strongest Boy in the U.S." in 1959 at age 17. In 1962, he won a North American crown in competition with Canada. He was National junior champion in 1965, 12-time State champion and an All -America lifter and U. S. Senior champion in 1965, when he was listed as the "strongest 123 pounder in the country", and National YMCA winner in 1967. He was the first competitor in Delaware to lift more than double his weight. As a body-builder, Shepherd was Mr. Wilmington (1959) and Mr. Delaware (1960). 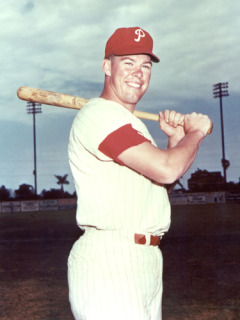 Shockley lettered in football, basketball and baseball all four years at the old Georgetown High School. He signed out of high school with the Phillies and enjoyed a brilliant minor-league career. He had four consecutive All-Star seasons in the minors before playing briefly in the major leagues with the Phillies in 1964 and the Los Angeles Angels. In 1961 he hit .360 for Twin Falls, Idaho (Class "C"), finishing second in batting average and made Rookie of Year. He made  the All-Star team in 1962 (Williamsport, Pa Class A) and again in 1963 with Chattanooga, Tennessee (Class AA) batting .335.  With Little Rock, Arkansas (Class AA) in 1964 he was Rookie of the Year and second in the leagues MVP award. In 1981 Costen coached the Georgetown, Delaware Senior League  baseball team that won the Senior League World Series. He officiated High School basketball 20 years including state tournament games. Shockley was inducted into the Delaware Baseball Hall of Fame 1976. 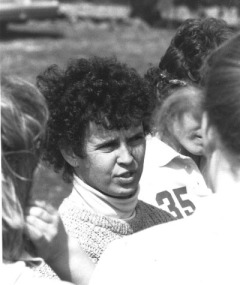 Coach Smith developed women's lacrosse at the University of Delaware into a nationally recognized program and maintained it at a high level in her term with the Blue Hens 1979-1989. Her teams (over-all record 118-51-1) won three straight national championships in Division II of the Association of Intercollegiate Athletics for Women in 1981 and 1982 and in NCAA Division I in 1983, the lone Division I National title in Uniuversity of Delaware athletics history. In 1984 and 1989, she was East Coast Conference Coach of the Year. Janet has been inducted into the National Lacrosse Foundation Hall of Fame, the Pennsylvania Sports Hall of Fame and College Halls of Fame at Ursinus and Delaware. Before coming to the University of Delaware, she coached at Tatnall and Sanford Schools. 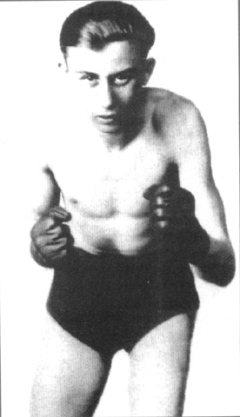 His professional boxing career started auspiciously when, at age 14 and a promising flyweight, he fought and defeated the promising bantamweight Willie Griffith. His career soared from that point and training and fighting out of the Keystone Club, Wilmington, he went on to become a well-respected fighter at Cambria Club, Philadelphia, then one of the East Coast's best.  The flyweight realized his crowning victory in 1925 when he decisioned Mickey Morris for the state flyweight title. Lenny's professional career read 180 wins and two losses. He was undefeated the first four years and last six years of his career, and one of his losses was to Young Danica, Philippines flyweight champ. He was named "City's Top Main-Bout Fighter" in the 1964 Old Timers Sports Group banquet at Defiance AA.