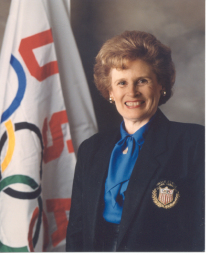 Dorothy, considered by many, Delaware's "Mrs. Olympics", was Delaware State Chair for the U.S. Olympics for 21 years, beginning in 1975. Delaware was number one in per capita giving under her leadership in 1976, 1980, 1988, and 1992. She was on the U.S. Olympic Committee's Board of Directors 1985-93. Dottie served as Public Relations member of the Lake Placid Olympic Organizing Committee and Sports for Disabled Committees. She chaired the USOC State Council 1990 - 1992. She was U.S. Figure Skating Association Ice Dance Judge Emeritus. Dottie produced five USOC ice show fundraisers and nationally televised "Ice Stars 80" at the Capital Center. She also served as the chair of "New Horizons" (benefits blind athletes). In 1994, Dorothy was inducted into the Endicott College Athletic Hall of Fame. She was affiliated with the Advisory Board for advancement of Sports Potentials, the National Luge Committee, Chapter F PEO Sisterhood (President), Governor's Council on Lifestyle and Fitness and University of Delaware Athletics Committee. 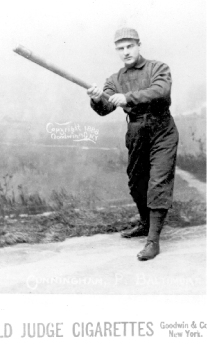 Cunningham broke into Major League baseball in 1887 with Brooklyn of the American Association, probably the first Delawarean to make it all the way. His record was 0-2 his first season. He compiled a record of 147-171 including nine games as a reliever. Bert's ERA was 4.22 as a starter and 4.79 as a reliever. His best years were 1888 when he was 28-29 with Baltimore and 1898 with Louisville, then in the National League, with a 28-15 record. He struck out 718. Bert also pitched for the Chicago Cubs and Philadelphia Phillies. He pitched from 1887 thru 1901 excluding 1892 thru 1894. 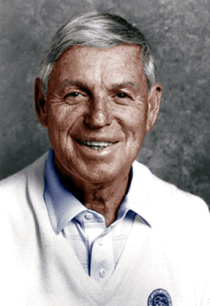 Scotty had a dual career record of 365-94 (1964-90) as golf coach of the University of Delaware. He won six East Coast Conference titles and one Md-Atlantic title. His 1977 team won the Eastern Inter-collegiate golf championship. Scotty served as a member of the Delaware State Golf Association Executive Committee (DSGA) and received the 1987 DSGA annual award for "Being a Major Contributor to the Game of Golf" for more than 30 years and for his "influence on young men". He was inducted into the University of Delaware Hall of Fame 1999. 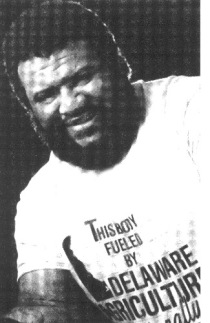 An Indian River High School Hall of Famer, Hall won the Junior Olympic weightlifting title for 1971-72. He was All-Marine heavyweight power lifting champion from 1975 to 1977. Mike was exceptionally proud of becoming the American Drug-Free Power-lifting Association National Champion 1984 to 1990. He attained the title of U.S. Power lifting Federation's Senior National Champion 1986 to 1989. Mike was lifters' heavyweight champ in 1986, 1987, 1989, and 1990. He added the Pan-American Games gold medal in 1987 and 1989, by lifting more than a ton (2,350 pounds) during the Life-Time Drug-Free Nationals. He was the Delaware Sportswriters and Broadcasters Association "Athlete of the Year" in 1986, Special awards accorded Mike included President George Bush's "Letter of Recognition" for Athletes Against Drugs, Delaware Governor's "Order of the First State," the Los Angeles Raiders NFL "Art Schell Foundation" award, and Delaware Leader and State Register Newspaper "Personality of the Year". Mike and his spouse, Toni, conduct "get-fit" classes at the Boys and Girls Club of Seaford. Hall also owns a health club in Millsboro. 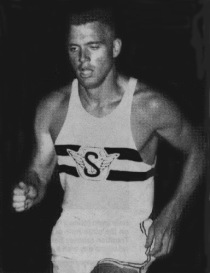 At Mt Pleasant High School and the University of Maryland, Lambert was one of the nation's top sprinters. As a schoolboy, he ran the 100-yard dash in 9.5 seconds, one tenth of second off Jesse Owens' national scholastic record and two-tenths of a second off the U.S. track record. At Maryland, he was one of the Atlantic Coast Conference's best, narrowly missing a spot on the Olympic squad in the 440 relay. Lambert was Delaware "Open" champion in the 100 for seven straight years. In 1961, he won the National Junior AAU 100. He was inducted into the Delaware Track and Field Hall of Fame in 1994. 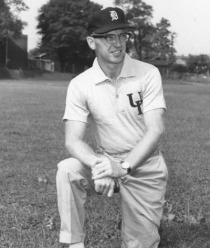 He was a training-room pioneer and a coach at the University of Delaware for 30 years before he began developing a Blue Hens training program that now is represented at numerous campuses in the nation. He coached gymnastics until the early 1950s and as tennis coach for 41 years compiled a record of 343-176-1 and had a Middle Atlantic Conference title team in 1974. His 1975 team had a 15-1 record in dual meets. Roy was inducted into the National Athletic Trainers Hall of Fame in 1986 and the University of Delaware Hall of Fame in 1995. His career at Delaware covered 42 years. 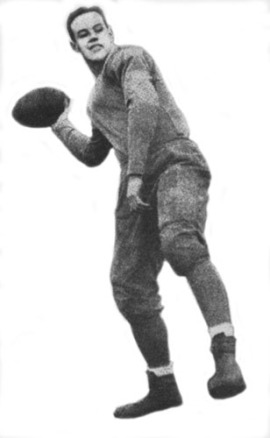 While at the University of Delaware 1926-1930, Irvin won three letters in both football and basketball, three in baseball, and one in soccer. He was voted "Outstanding Athlete" in his senior year and was later selected as an end on the All-UD team, representing the first one hundred years of Blue Hen football. He also played two years of baseball and one of basketball at Goldey Beacom College and in 1931, captained the Allied Kid Industrial League baseball team. Ace was inducted into the University of Delaware Hall of Fame in 1997. 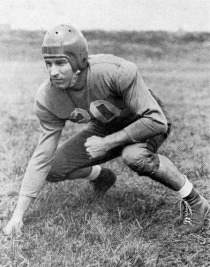 A Manasquan, New Jersey native, Harold played four years of football at Manasquan, High School and made All-Shore, New Jersey in 1940. He then went on to the University of Delaware, where he played three years of varsity football (1941-42 and 1946), and the team was 25-0-1 in conference play. He made Honorable Mention on the Associated Press All-American team in 1946 and holds the University of Delaware's longest kick-off return and longest run from scrimmage records, both set in 1946. He was the first UD player to make the pros, playing with the Brooklyn Dodgers of the AFL. He set a pass-catching record in his first professional game against the Los Angeles Dons, grabbing 12 receptions in the second half and eclipsing Cleveland's Dante Lavelli's previous record. In 1979, he was named to the News Journal All-Time University of Delaware team as an end. In 1996, he became the Chairman of the Trustees Committee on Athletics at the University of Delaware.