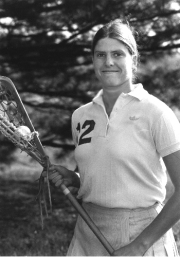 Established a winning football tradition at Seaford High School as coach with a 84-31-1 record from 1946-1960. Bobby played football at Mansfield College on scholarship, serving as co-captain his senior year. He was voted 1955 "Coach of the Year" after a 9-0 season at Seaford. Dowd was one of the organizers of the Delaware All-Star Blue-Gold football game, coaching the Gold team in its first game in 1956. He coached the Ft. Knox Tankers Military team and was interviewed by Red Grange, CBS at half-time of the Ft. Knox vs Great Lakes Naval team game. As a member of Del-Marva Coaches and Officials' Association 14 years, he conducted football clinics throughout the state. He served as Vice President and President of the State Athletic Commission. Seaford High School football stadium was named "Bobby Dowd Stadium' in 1985 in his honor. 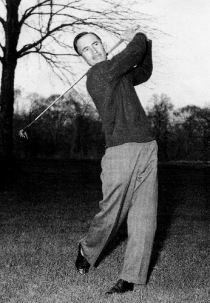 Recognized as one of golf's best teachers, Johnson served 26 years as DuPont Country Club's head pro, giving an estimated 25,000 lessons. His top pupil was Patsy Hahn, who won five Delaware state women's titles and became Delaware's first PGA touring player. He took time off from his shop to play in seven national PGA tourneys, reaching the semi-finals in 1956 and earning a trip to the Masters. He also played in five national Opens, making the cut each time. After DuPont, he was head pro at Bidermann Golf Course, during which time he shot a record eight under 64 at the Shawnee, Pa., course. He died July 20, 1986, age 76. 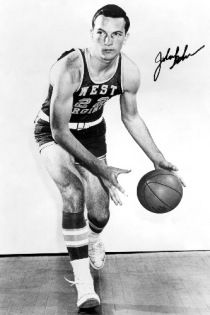 At Claymont High School Lesher averaged 17 PPG as a sophomore and led the state in scoring his junior year, (30 PPG ave) and was named second team All-State. As a senior, he averaged 30 PPG, leading the state in scoring and was selected first team All-State. He scored more than 1,300 career points in basketball and also lettered in cross-country, baseball and track; Lesher started on the freshman team at West Virginia University in 1962 and became a sophomore starter after being voted "Best Sophomore in the Los Angeles Classic:". The team was ranked 16th in the nation (18-1) and he averaged 5.4 PPG. In his junior year, WVU won the Southern Conference tournament qualifying for the NCAA tournament. Lesher scored 26 points in the conference semi-finals and named to the All-Tournament team. He started his senior year for a team with a 19-9 record. His team was frequently ranked in the top 20 with a high ranking of 10th in the nation. Lesher scored 28 points in a win over Duke and 31 in a game against. NYU. Lesher played in the North-South All-Star game and Portsmouth and Charlotte invitational tournaments. He was drafted in the fifth round by the Baltimore Bullets of the NBA. Lesher played for the Sunbury Mercuries in the Eastern League scoring 12 PPG. He averaged 20 PPG on aCollege All-star team touring Europe and the Middle East then joined a tour of Central America. He played six  years of pro ball for Belgium Bue Lier teaf finishing second twice, third, fourth and national champions twice. In 1971 he was voted "most outstanding foreign player", averaging 20 PPG and scored 45 points against Greece in one game. 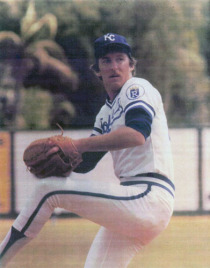 Renie Martin won the John J. Brady Award as the 1980 Delaware "Athlete of the Year", chosen by the Delaware Sportswriters and Broadcasters Association. The 6-foot-4 right-hander, who starred in both baseball and basketball at Dover High School, won 10 games in 1980 as a starter and reliever for the American League champion Kansas City Royals. In the World Series loss to the Phillies, Martin was at his best allowing three runs on 11 hits in 9-2/3 innings. Martin pitched six years in the majors with Kansas City, San Francisco, and the Phillies, posting a 24-35 record and a 4.27 ERA. He was drafted by Kansas City in 1977 after an outstanding career at the University of Richmond. 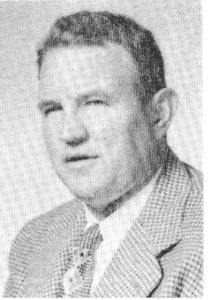 Gus made his mark in sports as a trainer, and in that profession was a pioneer in Delaware. This former Wilmington High and sandlot athlete entered the field during World War II as trainer for the teams at Fort Knox, Kentucky. He was a trainer for the NFL champion Green Bay Packers and in 1945 and 1946 worked for manager Casey Stengel and his Kansas City Blues of the American Association. He also worked for the Detroit Lions. Seaburg was the trainer for University of Delaware football and basketball teams 1946-51 and the original baseball Blue Rocks. Died Aug. 28, 1994. 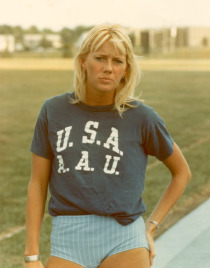 Carol won national and world recognition as a hurdler in the 1970's. She was recognized by three sanctioning groups in 1996-97 as All-America at the University of Delaware, and ranked second in the World at 50 meters by Track and Field News. As an age-group competitor, she was national junior Olympic champion three times and national junior AAU champion at 60 yards. In 1976 she was national collegiate U.S. Track and Field Federation champion at 100 meters, world record-holder in the 60 and U. S. record-holder in 50 and 60 indoors. This Delaware Sports Club product coached at the University of Florida, Drake, Rutgers and East Carolina and twice was assistant coach of the U.S. Olympic Festival team.