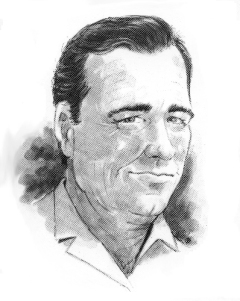 Brady was Sports Editor of the "Morning News" for 22 years (1924 - 46). He became Managing Editor in 1946. Before his newspaper career, he had outstanding records as football and baseball manager. He managed the championship Parkside baseball teams in 1919, 1920 and 1921. His 1919 team moved from Boy's City League to the higher All-Wilmington League and handed league-leading Eleventh Ward its first defeat in 9 starts. Parkside went on to win the league and then State title in play-offs with Larraine, PRR and Milford Cauk. John managed PRR, Maryland Division baseball team in 1923. He was a charter member, President and Vice President of Inter-State Writer's Association and was official scorer for the original Delaware Blue Rocks. The Delaware Sportswriters and Broadcasters Association named its annual "Delaware Athlete of the Year" for him. He died on February 20, 1951. 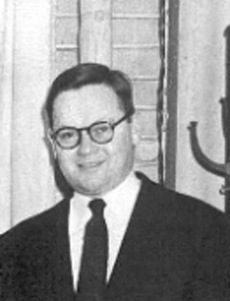 In 1950, Izzy came down from the Harrisburg (Pa.) Patriot to become part of a three-man sports department at the Wilmington Evening journal that revolutionized sports coverage in Delaware. He was adept at covering all sports, but it was his interests in harness racing and track and field that were to bring him his greatest distinction. For his Brandywine Raceway stories, he won the "John Hervey Award" for excellence in harness-racing reporting, and then induction into the "Harness Racing Hall of Fame's Writers Corner". On the schoolboy track front, his reporting and record keeping stimulated state-wide interest. In retirement, he won the "Herm Reitzes" Award for contributions to Delaware's sports heritage. He was twice President of the Delaware Valley Chapter of the U.S. Harness Writers Association.  Izzy was Delaware's "Sportswriter of the Year" in 1962 and 1963. 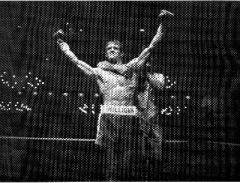 With a multi-sports starring background at Alexis I. du Pont and Princeton, he gained his greatest sports recognition in the boxing ring. In 1983, he won the national amateur heavyweight title, defeating Henry Tillman, an eventual Olympic gold medallist. Milligan didn't make it to the Olympics because he was knocked out by Mike Tyson in the trials. He was Delaware's "Athlete of the Year" in 1983. He ran up an amateur record of 41-6 with 31 knockouts before turning pro and winning 13 more (12 by KO) and losing two before retiring in 1987. At Princeton, he won a record 10 varsity letters in football, wrestling and baseball. 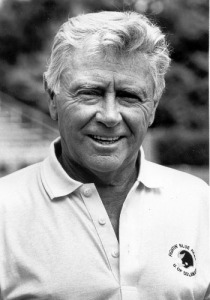 The University of Michigan alumnus succeeded Dave Nelson as Delaware football coach in 1966, and finished his career in 2001 after 36 seasons as head coach.  His record of 300 wins 119 losses and three ties. His 300 wins, as of 2015, are 12th most among college football coaches of all levels.   Tubby's Blue Hens won three national College Division championships in the 1970s, and in that decade he was twice division "Coach of Year". There also were 14  Eastern Lambert Cup crowns. He served as president of the American Football Coaches Association and as chairman of its Rules Committee. Tubby  coached Delaware baseball for nine years, taking six teams to the NCAA playoffs and compiled a record of 164-72-3.  He was inducted into the College Football Hall of Fame in 2003.. Born Nov. 4, 1926. 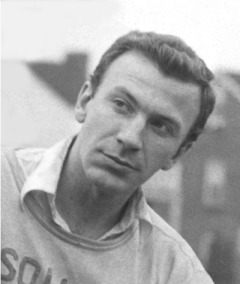 Lacrosse was Roberts' game and his passion. A member of a national championship Johns Hopkins University team, he coached at the University of Delaware 1950-57, then entered public-school teaching. In 1979, he started the state's first public school lacrosse program at Cape Henlopen High School and was its' coach the first two years. He later was inducted into the National Lacrosse Hall of Fame. Milt also was a talented researcher, writer and editor who delved into the history of blacks in college and pro sports and contributed to Arthur Ashe's book on African-Americans in sports, "A Hard Road to Glory". Died 1991, age 72. 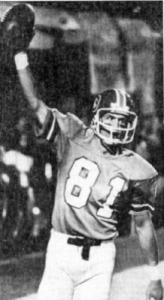 St. Mark's High School went 12-0 in 1974 enroute to the state football championship led by Steve Watson ,who made first team All-State as an end. Watson had a brilliant career at Temple University, accorded All-East honors and named his team's Most Valuable pass receiver. On NFL draft day in 1979, when he expected Denver to pick him in the 3rd round, the Broncos overlooked him completely. That gave him something to prove--which he did by walking into the Broncos' preseason camp as a free agent and making the squad. Two years later, Watson made first team All-Pro wide receiver with 60 catches for 1,244 yards and 13 touchdowns. From 1983 through 1986, he started 64 consecutive games, including the 1986 and 1987 Super Bowls. His career ended in 1988 after he suffered a cracked neck vertebra in the first preseason game. Watson was Colorado's "Athlete of the Year" and Broncos' MVP in 1981; in 1983 he was team captain and the Broncos' offensive MVP and NFL" Man of the Year". 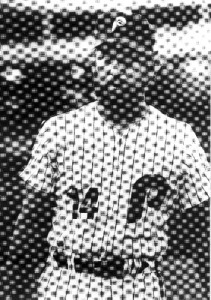 John Wockenfuss, a four-sport star at Dickinson High School, was a 42nd round free agent draft pick of the Washington Senators in 1967.  He got his shot at the majors seven years later when he was called up by the Detroit Tigers in 1974. Once there, he played I0 years,  then two more with the Phillies before retiring in 1985. He compiled a .262 batting average and played every position except pitcher and third base. In 1974, he was picked Delaware's Athlete of the Year. The popular Wockenfuss returned to the Detroit organization as a minor league manager after his playing career ended, and moved rapidly up the ladder from Class A to the Triple-A Toledo Mud Hens. He was released after only 24 games of the 1990 season. He later held the managing helm of the Carolina Mudcats, a Pittsburgh Pirates affiliate in the Double-A Southern League. "There were a lot of blockades along the way" Wokenfuss said, "But I was "just too stubborn to give up". "My dad always taught me that you can not replace hustle". John, who saw action in the Wilmington semi-pro league, remains an excellent role model and instructor for young athletes.