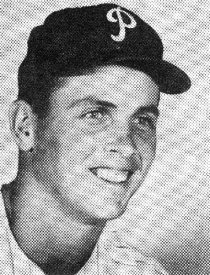 Harry, nicknamed Harry the Horse,  a graduate of West Nottingham Academy in North East, Maryland, began his Delaware baseball career playing for Holly Oak in the Delaware Semi-Pro League. He also played for Elkton ( Susquehanna League) and Bay View (Cecil County League) while he was an undergraduate at West Chester State Teachers College. He was signed by Bob Carpenter's Philadelphia Phillies out of West Chester State Teachers College and assigned to Terre Haute of the Three I League where he batted .323 in 1953.  Anderson. moved up to Schenectady (Eastern League) and then to Syracuse (International League). Anderson was called up to the parent club (Phillies) in 1957. He had his best major league year in 1958, playing 140 games, batting.301, with 97 RBIs, 23 home runs and 34 doubles. Harry earned National League Sophomore-of-the-Year honors that year. He also played parts of two years with the Cincinnati Reds. He ended his professional career in 1962 with a 5-year batting average of .264, 60 home runs and 242 RBIs,  and returned to Delaware. 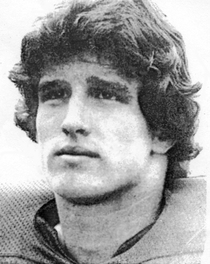 From Salesianum, Joe went on to earn All-American honors as a defensive tackle at the University of Maryland. Campbell played in five  bowl games (Cotton, Peach, Liberty, Hula and Japan). He won University of Maryland's "Sylvester Watts" award in 1976 as the student typifying the best in inter-collegiate athletics. Campbell was the New Orleans Saints (NFL) #1 draft pick in 1977. Playing at 6'6" and 250 pounds, he was used as a defensive end by the Saints and on special teams with the Raiders and Tampa Bay. He won a Super Bowl ring with the 1981 Oakland Raiders. He played 66 games in his seven year NFL career, starting 26 games and playing in all the Raiders' play-off games. Joe called it a career with the USFL Washington Federals in 1983.

Hawke became a part of major-league baseball history on August 15, 1893, when he- pitched the first no-hitter at the present distance of 60 feet, six inches. His Baltimore Orioles beat the Washington Senators, 5-0. It stands  as the only big-league no-hitter recorded by a Delawarean. John McGraw, the third baseman behind Dick, later called those Orioles the greatest team he had ever been associated with. Hawke also pitched for the St. Louis Cardinals in a three-year, 32-31 career.  His ERA was 4.98 with 193 strikouts and 224 walks.   He was part of the Orioles' 1894 championship season but, injured while riding a horse, never pitched again. He died Dec.12, 1902, at the age of 33. 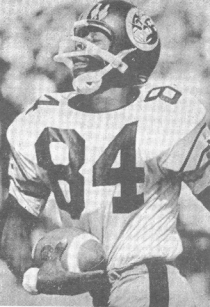 Speedster Hayman captained three sports at Newark High School (late 1960s) when Newark was 33-0 in football under Bob Hoffman. Hayman was the state's second leading scorer and an All-State selection his senior year.  He starred in the Blue/Gold All-Star football game, catching seven passes for 202 yards and three touchdowns. Hayman, at Penn State University, led the country in 1973 in punt return average (19.2 yard average, on 23 returns for 442 yards). He averaged 19.7 yards every time he touched the ball. Against North Carolina State he had an 83-yard punt return. He led Penn State in receiving with 30 catches for 525 yards and three touchdowns. In kick-off returns, Hayman led the team with 237 yards on eight runbacks, averaging 29.6 yards, including a 98-yarder against the  University of Maryland. Hayman caught three passes for 35 yards and set up the winning touchdown with a 36-yard return against LSU in the 1974 Orange Bowl. He also played in the 1973 Sugar Bowl. Penn State was 22-2 in Hayman's two seasons there. He shared 1974 "Delaware Athlete of the Year" award with Dallas Cowboy Randy White. Hayman was drafted by the Buffalo Bills, but he broke his leg and was unable to play in 1974 and played in O. J. Simpson's shadow in 1975. He was picked by Seattle in the expansion draft and later released.

This native of Middletown hung up his tack at the age of 51 after a riding career that included 29,000 races and more than 3,500 winners, starting with his first mount, "Minneapolis", at Jamaica, New York. In 1980, Passmore rode 252 winners, which ranked him 9th in the U.S., and earned $2.3 million. The following year, he became the 32nd jockey in U.S. history to win 3,000 races. In 1976, at Bowie, he rode eight straight winners over a two-day period - the second best streak in U.S. history. Passmore rode frequently at Delaware Park, often on horses from Bayard Sharp's stable. King Leatherbury, one of the country's better know trainers, dubbed Passmore "Mr. Consistency" for his ability to finish in the money. He moved to Annapolis, Maryland, working as a steward at Maryland tracks. 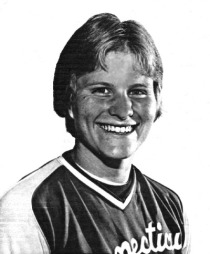 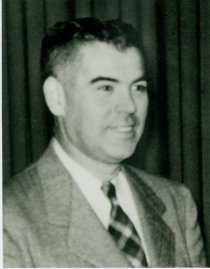 Howard Wills was a much-beloved and highly successful coach of basketball and baseball at Wilmington High School from 1936 to 1959. Like many of his generation, Wills took time out (four years) to serve his country as a Navy lieutenant and gunnery officer during World War II. After graduating from York (Pa.) Collegiate Institute and Syracuse University, where he played varsity baseball and basketball throughout his school years, Howard taught at Bordentown Military Institute in New Jersey and Newtown (Pa.) High School before coming to Wilmington as a teacher of business and coach. Under his tutelage, Red Devil cagers compiled a .667 record (222-111-1) with the best seasons coming in 1949 (17-1) and 1940 (14-1-1). Records from four years of baseball are missing; those that remain show overall totals of 86-75, with the best season, 11-1, coming in 1948. Coach Wills retired from WHS in 1973. He died May 23, 1991.