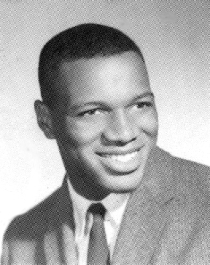 Mike, an all-around athlete at Conrad High School, became an outstanding halfback at the University of Delaware for three years. He made Associated Press " Little All-American" first team and was " WSBA Athlete of the Year" co-winner in 1963. Michael led the Blue Hens to a 8-0 record in 1963, including wins over Ohio University, University of Buffalo and Rutgers University. The team was ranked #1 Small College nationally by UPI and won the Middle Atlantic Conference (MAC) title. Mike was the 1963 Wilmington Sports Broadcasters Association "Co-athlete of the Year" and University of Delaware's "Outstanding Senior Athlete". Mike gained 838 yards, averaging 6.3 yards per carry and scored ten touchdowns in 1963. He held three University of Delaware track records in the 100 yard, 220 yard and 440 yard dashes.

Carucci played three sports, football, baseball and basketball three years (19342-34) at Salesianum High School. He was also a member of the Sals' first golf team in 1934. He began his football career at St. Anthony's grade school at age 13. Carucci played both halfback and quarterback at Salesianum. His most outstanding game was against North Catholic High at the Baker Bowl in Philadelphia for the Catholic League Championship ending in a 0-0 tie. He was a High School basketball official from 1940 to 1960 and also officiated Semi-Pro basketball and a Harlem Globetrotters game. 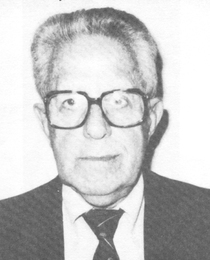 Chambers was the Delaware State Squash Champion 19 times, including 17 in a row (1939-56). He won again at age 53 in 1967. The State Championship trophy was named after him. He started playing at the YMCA when squash was considered a sport for the aristocrats. Chambers competed in the National Masters Tournament advancing to the Semi-finals in 1958. He won the state tennis singles title in 1955 and took several state doubles crowns with his pal, Bill Long. Chambers was the DuPont Country Club Champion six times.

Patsy, a protégé of long-time Du Pont Country Club pro, Terl Johnson, won her first big championship at age 13, the Philadelphia Junior Championship in 1952, the same year she teamed with Johnson and won the Lady/Pro Philadelphia section title. Patsy captained the boys golf team at A.I. Du Pont High School,  won the Delaware Junior Championship three times and was medallist in the National Junior championship tourney. She captured the Delaware Women's Title five times and later made it to the semi-finals of the National Amateur. In 1962 at age 23, Patsy turned to the professional ranks. Patsy placed third as a pro in the Alpine Civitan event in 1962 and tied for sixth in the U.S. Open in 1964 before leaving the LPGA due to an injury. She was head pro at the Du Pont Louviers course for more than 14 years. In 1985 she won the Northeast Sectional tournament, Teaching Division, on Cape Cod. 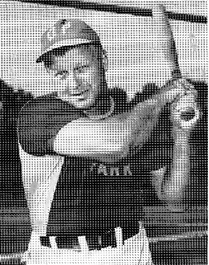 Cookie Lucas could play any position, but was best known as a first baseman. He was the home run king of fast pitch softball's Mid-Atlantic Region, frequently hitting two or three in a game. His tape measure shots include one into the stands at Baltimore's Memorial Stadium and one at Baynard Stadium that might have cleared I-95 had it been built then. During Cookies' 19 year career (1943-61), he played on 15 state championship teams. He also played in five Industrial League championships. In 1956 he was named MVP of the Eastern Fastpitch League which included teams from Connecticut to Virginia. Cookie is considered in most circles as Delaware's top all-time male softball player. In his later years, the slugger transferred his talent from the softball bat to a golfer's driver which he employed as a low handicap member of Shawnee Country Club in Milford. 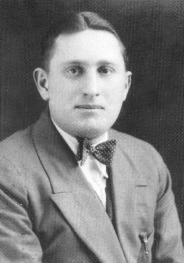 Herm received the very special distinction of having the Delaware Sports Writers and Broadcasters name its annual award for community service in sports in his honor, and he was the first recipient of the award. His career began with WDEL in 1922, on a nightly sports show. He did play-by-play coverage of Wilmington Blue Rocks, Wilmington Clippers and the University of Delaware football in its early days. He also covered the Blue Rocks' spring training in South Carolina yearly for as long as the team operated. Herm was also active in youth work with the YMCA and other organizations and was always an active supporter of the Delaware Semi-Pro league. 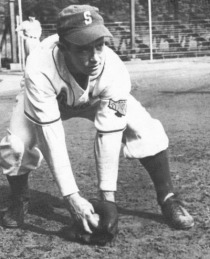 Peanuts was honored as the Outstanding Athlete at P. S. duPont High School his senior year, but had no chance in school to participate in his best sport, baseball. because P. S. had no team during World War II. But after his graduation in 1944, he was signed by the Phillies and played with several farm teams, including his home-town Blue Rocks. His rookie year, he batted .315 for Bradford, N.Y., and set a PONY League record with 48 stolen bases. After his pro career, he coached baseball at St. Andrew's, Tower Hill and Friends School, played and managed in the Semi-Pro League, officiated football and basketball and scouted for the Phillies. Born Aug. 3, 1925, died 1984, age 49.