Davis, a three-sport star at Newark High School,  lettered in basketball and track at Duke University. Branch Rickey signed Davis for the Pittsburgh Pirates organization in 1951. He was on the Pirates roster 1952-54. Brandy set a minor league base stealing percentage record, stealing 82 out of 85 chances (96,5%) in 1951. His major contributions to organized baseball have been as a manager, coach and scout. He worked closely with Dallas Green in the Phillies and Cubs organizations. Brandy had a hand in signing Hall of Famer Mike Schmidt. Davis also worked in the Los Angeles Dodgers and Houston Astros organizations. He joined the Chicago Cubs as a National scouting supervisor and remained under a Cubs contract through 1989. He signed with the San Diego Padres as an area scout in 2000. 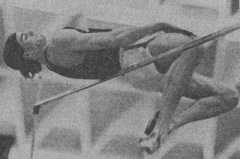 Chris soared to Olympic heights with the Fosbury Flop before it even had a name. His 7 ft 3 inch jump in the 1972 Olympic trials earned him a berth on the U.S. team in Munich, Germany where he cleared 6 ft 11 1/2 inches to finish 24th. He cleared 7 ft 2 inches or better in NCAA indoors, Penn Relays, Martin Luther King games and ICHA Championships in 1972. Chris was an outstanding jumper at Newark High School and Colgate University where he won the state "open" decathlon in 1970 after the close of the scholastic season. Chris was named the 1972 "Delaware Athlete of the Year'. In 1973 he bested Dwight Stones who had finished third in the 1972 Olympics. He competed until 1983 with his best jump ever of 7 ft 3 1/2 inches as a touring professional with the International Track Association. 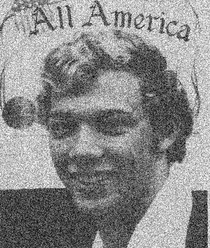 He was an All-American at North Carolina State University for four straight years, 1974 to 1977 and earned a place in the North Carolina Swimming Hall of Fame. The Wilmington native set an Olympic record of 2:00:24 in a qualifying heat for the 200 meter butterfly surpassing super star Mark Spitz's record of 2:00:70 set four years earlier. Gregg was the Delaware Sportswriters and Broadcasters Association " 1977 Co-Athlete of the Year". Other career highlights included winning the NCAA National Championship in the 200 meter butterfly and a Silver medal in the 1975 Pan-Am Games. Steve won the U.S. National butterfly championship five years running. 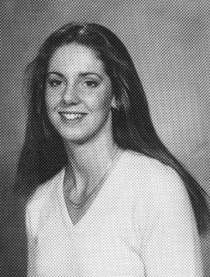 Jenni Franks started setting records at an early age and went on to a distinguished swimming career in the 200 and 400 meter individual medleys. She did this on the collegiate, national and international levels. With the Wilmington Athletic Club she set American records in the 400 IM at the U.S. national championships in 1974-75 and the 200 IM in August 1975. Jenni came within one second of breaking the World 400 IM record at the 1975 Long Course Nationals which earned her a birth on national teams that competed in Japan and the Pan-American games in Mexico and New Zealand. Earlier she competed with the U.S. Junior and Senior National teams in East and West Germany and New Zealand. At Villanova, Jenni was the swim teams' MVP three consecutive years serving as the l981 team captain. In 1980 she became the first woman to be named Villanova University's "Athlete of the Year". Jenni coached at the Mobile, Alabama Aquatic Club. 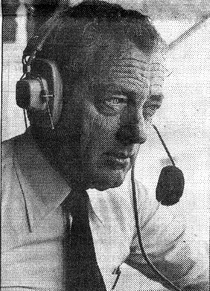 The versatile Kelley was the radio voice of University of Delaware football for 36 years, starting in 1950. Coach Dave Nelson credited him with being a key to the tradition of Blue Hen football, and Bob also did Hens' play-by-play basketball. He had come to Wilmington after the demise of the New York Sun, hired by the Wilmington Morning News as sports writer and columnist. As a writer and broadcaster, Bob quickly became a factor in the sports community. For 19 years, he was Delaware's " Sportscaster of the Year". He was a director with the Delaware Sports Hall of Fame. After his newspaper career, he served as Delaware Park's Publicity Director for 17 years. . 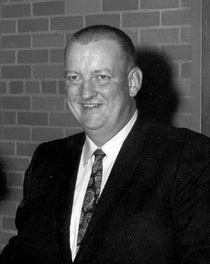 A Bucknell University graduate, Franny moved to Dover, Delaware in 1951 and began organizing and promoting youth and high school athletics on the local scene. He helped organize the Dover Little League in 1951 and managed a team for several seasons. He was instrumental in starting Pop Warner football in Kent County and helped organize the Mid-Del Football Officials Association in 1950 and officiated eight years. Lore had a daily sports radio show on WDOV, Dover (1963-1978) and broadcast Dover High School football 1968-78; he was color man in basketball from 1970-78. Lore wrote a weekly sports column for the Dover Post, served as President of the Wesley College Booster Association for two years, and was a guiding force in organizing the Lower Delaware Gridiron Club banquets from 1975-78. The club's major annual award, the "Fran Lore Scholarship" is presented to a young athlete who overcame a handicap and went on to excel in a sport or sports. Franny was a member at both Maple Dale and Pine Valley (N.J.) Country Clubs. He was recognized as a true giant in promoting a wide variety of sports in Lower Delaware for 25 years (1953-78).

An incredibly dominant player in the racket sports, Gretchen never lost a championship series in which she participated. Her record of 12 National squash championships in singles, doubles, and mixed doubles is yet to be equaled as of 1995, and she was never beaten in tennis in Delaware or the Middle States area from the 11 and under age group through 18 and under. She won the Middle State Interscholastic title for girls in all four of her high school years at Wilmington Friends, another unequaled unbeaten record. She won the Delaware women's tennis championship 20 consecutive times. Teaming with her mother Bunny Vosters, also a Delaware Sports Hall of Fame inductee, Gretchen won 24 mother-daughter double titles. She also played varsity field hockey and basketball in high school. In 1988 Gretchen and her parents were the U.S. Tennis Association Family of the Year.