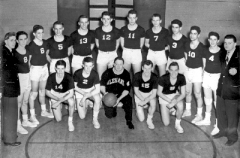 Although not himself an athlete, Reverend Birkenheuer was an excellent motivator. He coached Salesianum School basketball team, compiling a nine-year (1948-57) record of 133-41. Salesianum never had a losing season under his leadership. Reverend Birkenheuer was 1954's "Delaware State High School Coach of the Year". He has given pre-game talks to Dim Montero's football team and was drafted in 1980 by the Philadelphia Phillies to speak to the team in the locker room prior to their play-off game with the Houston Astros. 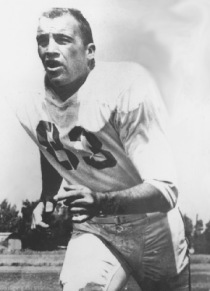 'Stretch' Elliott, Laurel High School, was coached by Delaware State Hall of Famer George Schollenberger. Elliott earned All-Virginia and All-Southern honors as an end for the University of Virginia. Virginia Coach Art Guepe called him the finest blocking end he had ever seen. As a freshman he caught 10 passes for 176 yards and two touchdowns. At 6-3 and 220 pounds he was rugged on offense and defense. Elliott signed with the Green Bay Packers in 1940 and finished that season with the Erie Vets. In 1951 his first of five full seasons with the Packers he caught 35 Tobin Rote passes for 317 yards and five touchdowns, averaging 9.1 yards per catch. In 1952 he caught 12 passes for 114 yards and one touchdown averaging 9.5 yards and led the Packers to an upset win over the New York Giants. His 1953 Packer record was 13 catches for 11.5 yards per catch and one touchdown. 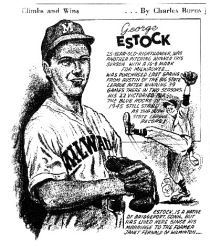 George, a native of New Jersey,  came to Delaware in 1945 to pitch for the Wilmington Blue Rocks. His 22 wins that year set an Interstate League record. Estock moved up to the major leagues in 1951 after six years in the minors. He was a reliever for the 1951 Boston Braves appearing in 37 games. In those 37 games Estock worked 60 innings, had a 4.33 ERA and earned three saves. In his only start he pitched well but lost 3-0 when Pittsburgh's Cliff Chambers pitched a no-hitter. George, after his baseball career, was a Delaware high school basketball official for 10 years and baseball umpire for 20 years. He was inducted into the Delaware baseball Hall of Fame in 1999. 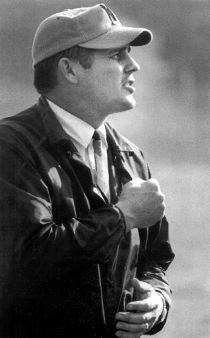 Coach Hoffman, a product of Prospect Park (Pa.) High School and Gettysburg College, took over as football coach at Newark High School in 1959. His record for 13 years was 93-24-2, including four unbeaten seasons (three in a row), a .781 winning percentage. His 1966-68 teams were 28-0. Hoffman had four one-loss seasons and only two losing seasons. Newark, under Hoffman won six Blue Hen Conference Flight "A" titles while his 1967 team ended Middletown High's 53-game winning streak, a state record.  That team was in the midst of a 35 game winning streak, stretching over five seasons, in the difficult Blue Hen Conference.  He was 1963 " Delaware Coach of the Year". In 1967 he was District 3 (Delaware, Maryland, Virginia, West Virginia, North Carolina and South Carolina) National High School Athletic Coaches Association "Coach of the Year". Hoffman turned out 18 First Team All-State players, He died March 15, 1972 at the age of 41 from an aneurism in Newark's gymnasium after lifting weights and playing basketball with his players and two of his three sons. 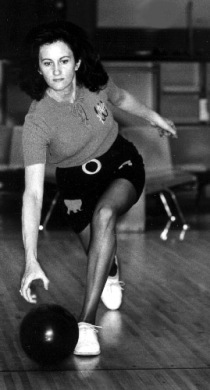 Delaware's all-time women's bowling star, Rita spent seven seasons on the pro tour ranking in the top 10 twice and was consistently in the top 20. The highlight came in 1972 in Tokyo, where she won the Pearl Cup tournament in an All-American field of eight averaging 202, hitting 236 in the finals, then winning the Japanese-American World Cup rolling a 234 in the final match. She was picked to be on the third All-American team by the National Bowler's Journal in 1969 and 1970. She was a 1969 top qualifier in the National Pro Women's Tournament with a 10 game, 2,091, then finished fourth. Rita placed fifth in the National Women's All-Star field of 144, also in 1969. In 1973, she was fourth in" Women's Bowler of the Year" voting. She won the 1973 Greater Rockford, Illinois stop on the tour, rolling 237 in the finals. Also in 1973, Rita averaged 216 for 24 games, leading qualifiers in the Honda Classic in Akron, Ohio, finishing seventh. Rita was a big winner in Pennsylvania and Delaware competitions. She served as Vice-President of the U.S. Women's Bowling Association and became the first Delaware woman to roll a perfect 300 game in a men's league in 1973. 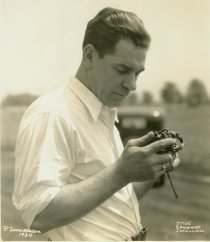 Russ turned the ignition switch 15 times when the Indianapolis 500 starter called, "Gentlemen, start your engines". Five times in a row, 1930-34, he finished in the money, a record at the time. His three 8th place and two 5th place finishes earned him a total of $17,300. Snowberger started his racing career in 1921 at Harrington; he held the 1/2 mile track record (30 seconds) at the old Elsmere Fair Grounds. He designed and built many of the cars he drove. Snowberger-built cars driven by Louis Unser won several Pikes Peak Hill Climbs. He died October 8, 1966 at Mt. Clemens, Michigan 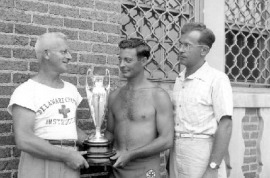 A superbly versatile athlete, Hymie was Delaware's indoor swimming champion 1932- 1937 and four-time indoor and six-time outdoor diving champ. He was on the University of Delaware swimming team 1936-1938 and set a diving record and was also on two record-setting relay teams. He captained the swimming squad in his senior year and was also a member of the Blue Hen gymnastic team. After graduation, he taught physical education and coached swimming at the Price Run pool, at Wilmington's Central YMCA, with the Army Air Corps at Miami Beach during World War II, and at Wilmington's Jewish Community Center. He also served as a lifeguard for the Wilmington Parks Department and at Rehoboth and as a basketball and football official for twenty years.