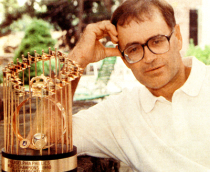 Ruly assumed the title of President of the Philadelphia Phillies in 1972 at age 32, following in the footsteps of his dad, Bob. He was the youngest club president in the Major Leagues. In four years he and manager Paul Owens took the team from the cellar to the top of the National League East, winning East titles in 1976, 1977, 1978 and 1980. He won a World Series Championship in 1980 with Dallas Green as manager. Ruly starred in football and baseball (pitcher) at Tower Hill High School and Yale University. He was a volunteer baseball coach at Tower Hill. 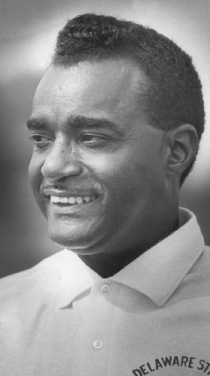 George came to Delaware from his native Atlanta. George was a coaching legend at Delaware State College. He was named "Coach of the Year" in baseball in 1954, football in 1950 and basketball in 1966, by the Central Inter-Collegiate Athletic Association. His teams won 360 games in his 20 years of coaching. He had only two losing seasons. As an athlete he starred in baseball, football and basketball in the early 1940's at Delaware State.  One of his proudest memories was of Jake Woods who went from DSU to a seven year career with the Detroit Tigers baseball teams. George was inducted into the Delaware State University Hall of Fame. He retired in 1979 and died seven years later, August 6, 1986. 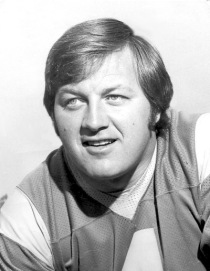 Grant was a standout track man and football player four years at Claymont High School. He set records in discus & shotput, and played in the Delaware All-Star Blue-Gold Football game. As a place-kicker at Florida State University he set the school record for longest field goal (53 yards) and became the Seminoles fourth leading all-time scorer with 156 regular season points 1967 to 1969. Grant set or tied seven FSU kicking records and kicked a last minute field goal in the Gator Bowl to tie Penn State 17-17. Another tying boot, a PAT against Alabama (37-37) snuffed out Alabama's 17-game win streak. As a junior, Guthrie ran his PAT streak to 50 and kicked two field goals in three different games. Two of the kicks provided the victory margin over Texas A&M (20-14). As a senior, his FG in the final two minutes defeated arch rival Miami. A sixth round Buffalo Bills NFL draft choice, Guthrie played one and a half seasons. In his first pro season he led the Bills in scoring with 54 points; he also set a Buffalo record with a 52 yard field goal. His last minute field goal tied the Baltimore Colts 17-17, truly a clutch kicker. He later played with Jacksonville and Birmingham in the World Football League. 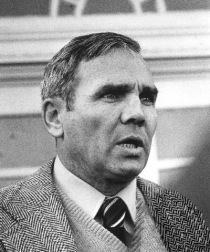 A three-sport star at Salesianum School, Hagan went on to excel in football and track at West Chester State. He was picked on the University of Delaware "All-opponent football team" in 1952. Jimmy became one of Delaware's premiere basketball coaches. Starting with the Jackson Street Boy's Club, he compiled winning records there (96-7) and at St. Hedwig's CYO. He had winning records at both Salesianum (118-26 in seven years) and Conrad High School (65-50 in six years), producing 10 All-Staters in the process. Hagan was the 1968-69 Delaware High School "Coach of the Year" when his Conrad Redskins won the Blue Hen Conference Flight "A" title and finished second in the State tournament. 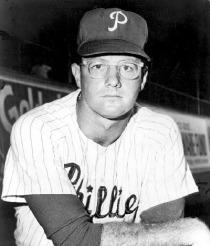 Johnny Morris was a football All-Stater at Lewes High School, where he also starred in basketball and baseball in the late 1950's. Signed by the Phillies in 1960, he pitched six years in the minors before being called up in 1966. A southpaw, he pitched 132 games in the majors with the Phils, Orioles, Seattle Pilots (who selected him from Baltimore in the 1968 expansion draft), Milwaukee Brewers (where he worked in 63 games in 1970-71), and San Francisco Giants. Used mostly in relief, he faced Mickey Mantle in his first start and struck him out. Morris' professional career encompassed 15 years, 1960-74. In 1961, his first year as a pro, Johnny led the New York-Penn League with an ERA of 2.02 while winning 10 games, five of them shutouts. 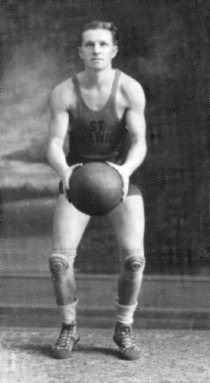 Whether it was baseball, basketball or football, Joe Pennick (as he was known to his fans in the 1930s) came to play. He played for many teams in Wilmington. In baseball he could play any position and was MVP of the City baseball leagues in 1936. He played professional baseball in the Phillies' farm system and basketball for Wilmington and Camden in the Eastern Professional Basketball League. He led the 11th Ward Blue Jackets and White Jackets to City and State football titles. 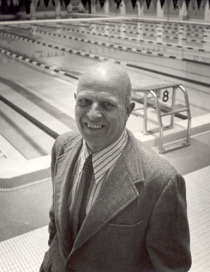 Harry retired in 1981 after coaching the University of Delaware's men swimmers for 35 years.  He had teams that compiled a 211-153-4 record and won two Middle Atlantic Conference championships. In 1971, he was honored by the College Swimming Coaches Association of America for 25 years of service. In retirement ,he became individually competitive as one of the country's top "Masters" age-group swimmers and participated in a freestyle relay record in a meet in Tokyo. Harry won the "Ransom J. Arthur Masters Swimming"award in 1982. Died April 26, 1994, age 77.