Charlie, a Richardson Park native, became a prominent jockey after starting as an exercise boy at age 15. Charlie rode his first mount on July 16, 1941. An instant success, Givens developed into one of the hottest apprentices in the country. The renowned trainer, Hirech Jacobs, was the first to use him and others soon followed. By September 15, 1943 Givens rode in 587 races, winning 101, being in the money 182 times and rated the 18th top jockey in the United States. Charlie rode in both the Preakness and the Belmont aboard "Tide Rips," losing the Belmont in a photo finish. He rejoined Brandywine Stables in March of 1946 and 1947. At New Orleans, dubbed "Feature Race Givens" by fans after winning five in one week, Charlie scored a triple at Jamaica in 1943 with nonfavorites. He won the Soldiers and Sailors Handicap with a Vanderbilt horse. He also won the Remsen Handicap at Jamaica with long shot "Big IF". Jockey Givens' lifetime race came to the finish line on July 16, 1970. 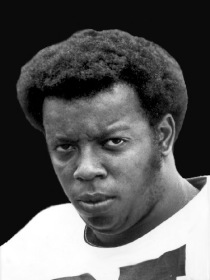 One of the top offensive linemen in the University of Delaware's football history, Hayman led the Blue Hens to three consecutive Lambert Cup titles, three straight Boardwalk Bowl wins, and two straight Middle Atlantic Conference championships 1968-70. A Newark, Delaware native and graduate of Newark High School, Hayman was a consensus first team All-American at offensive guard at Delaware in 1970 and was a two-time All-Middle Atlantic Conference selection. He played an integral role in leading Delaware's vaunted Wing-T offense to the NCAA Division II team total offense title in 1968 and national rushing titles in 1968 and 1970. He was a sixth round pick in the 1971 National Football League draft and went on to play six seasons with the Houston Oilers, opening holes for All-Pro running back and Hall of Fame selection Earl Campbell. The Oilers played in two AFC championship games during his career. Hayman was a member of the all-time University of Delaware football team selected in 1989, and served as head football coach at NCAA I-AA Prairie View A&M in 1983-86. 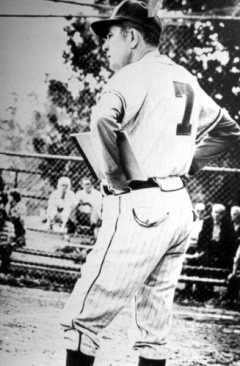 Largely responsible for keeping Semi-Pro baseball in Wilmington alive for more than 25 years, John coached the Parkway dynasty for 32 years. In 19 seasons, he led Parkway to 16 pennants and 13 play-off championships, including a sweep of both, ten times. He made Parkway a tournament threat in three states. His overall record was 689-242 (regular season) and 145-83 (Play-offs) for a combined 834-325 record 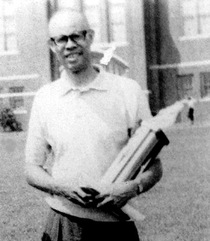 Johnson coached virtually unbeaten track teams at Howard High School in a 14-year career that ended with his retirement in 1961. During his last seven years his team won the State meet seven times in open competition, six county titles and six events at the Penn Relays. George started cross-country at Howard and won four state titles and 33 straight inter-school meets. He officiated track for about 25 years and was a star track athlete, first at Howard High School as a high jumper and later as a hurdler at Indiana University. George was inducted into the Delaware Track & Field Hall of Fame 1994. 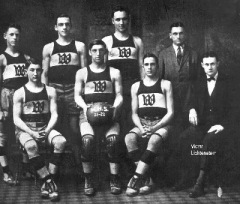 He compiled strong credentials as an athlete and coach. In one Wilmington High basketball game, he scored all of his team's 19 points. He lettered in basketball at Delaware his first two years and served as captain before an injury restricted him to baseball duty. He had two seasons with Cambridge in the Eastern Shore Baseball League. He was basketball coach at Wilmington High five years and at P. S. du Pont High 13 years (retired in 1948), one of his P.S. teams going 16-0 before losing its finale to the Philadelphia Public League champions by one point. He coached Delaware Hall of Famers Paul Chadick, Ed Koffenberger and Billy Cole. In 1963, he was Delaware's Senior golf champion. 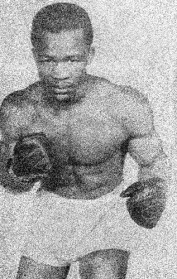 A busy club fighter who once had 23 pro bouts in one year (1942), Willie became the only Delawarean, at that time, ever to fight for a title when he lost a 15-round decision to Sal Bartolo, the featherweight champion, at Boston Garden in 1944. His opponents also included champions Willie Pep and Ike Williams. He first put on the gloves in competition as a nine-year-old, and his pro career was preceded by an equally active amateur schedule After he retired in 1952, he coached amateurs in Wilmington. Born June 25, 1917, died Aug. 12, 1980, age 63. 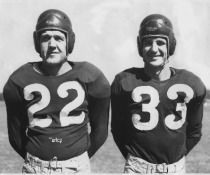 A Nanticoke, Pennsylvania native, Turley moved to Delaware in 1941 to play end for the Wilmington Clippers and helped then win an American Football League title. The Clippers played independently in 1941, and Turley sat out the 1943 season, but after the AFL disbanded, a peculiar "hat trick" NFL drafting scheme sent him to the Washington Redskins in 1944 for a five-year career as a regular end. Turley coached the Clippers in 1949 for three games and was also a player, and he later went on to coach St. Elizabeth's to five CYO Parochial League titles.