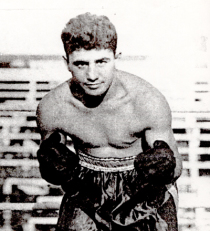 Johnny was one of the top amateur bantamweights in the nation in the late 1930's. He won the National Golden Gloves in 1938, and was runner-up in 1939. He won three straight Eastern Golden Gloves Titles, was runner-up in the 1938 National AAU Tournament, and won Silver Gloves and Diamond Belt tournaments in Philadelphia. He also represented the United States in the Pan-Am Games, winning five bouts.  Aiello was also a stablemate of Sugar Ray Robinson. 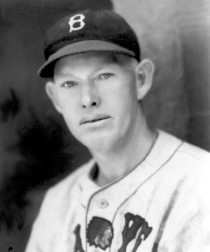 Betts was signed out of Wesley Collegiate Institute to professional baseball. He pitched 10 years in the major leagues for the Philadelphia Phillies and Boston Braves. He posted 13, 11 and 17-win seasons in the majors, winning 61 games and losing 68. His earned run average with the Boston Braves in 1932, of 2.80,  was third lowest in the National League.  The Millsboro native also posted a 2.79 ERA in 1933. Huck beat Carl Hubbell 2-1 in the game that snapped Hubbell's record string of scoreless innings at 46.

As sports editor of the Wilmington News-Journal newspaper for 25 years, Cartwright widely increased local coverage and successfully campaigned for the return of Interscholastic leagues. He helped organize the Blue-Gold All-Star High School football game, the State Golf Association, Delaware Little Leagues, and the Delaware Sports Museum and Hall of Fame Association. He was the founder and first President of the Wilmington Sportswriters and Broadcasters Association in 1949. Al's column "Ala Carte" brought him numerous writing awards including the 1950" Headliners Club" award as the Nation's most consistently "Outstanding Sports Columnist". One of his most famous and entertaining volumes was "Tubby", The Story of Coach Raymond and Championship Football at Delaware. 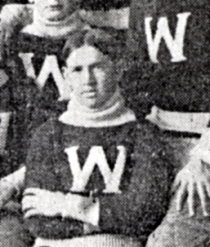 Graduate Manager of athletics at the University of Delaware 15 years, 1926-1941. He was Assistant Coach of 5 sports, and Head Coach in basketball and baseball. Doc guided the program through severe budget problems. He was an outstanding athlete, captaining the University of Delaware basketball and baseball teams. He died 9/3/72. His two sons, Gerald and Billy are also in the Delaware Sports Hall of Fame. 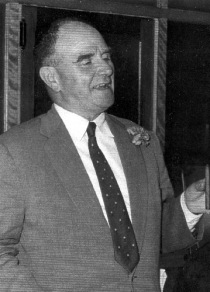 Field was brought to Delaware Park in 1939 as Press Director.  He became the thoroughbred track's innovative manager until his retirement in 1964. He also was a racing commentator for CBS and MBS and covered classic races. Field was president of the Delaware Lawn Tennis Association and Chairman of the USLTA Public Relations Committee. 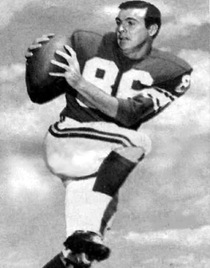 From All-State honors in football and basketball at Salesianum School, Hall became an All-Big Ten end at Minnesota--where he played in two Rose Bowls --and an eight-year man in the National Football League. He was drafted in the seventh round by Detroit, spent two hitches with the Minnesota Vikings and one season in New Orleans. In 96 pro games, the flanker caught 103 passes for a 14 yard average and eight touchdowns. In a 1964 Viking upset of Green Bay, he caught six Fran Tarkenton throws for 97 yards and a TD. It was his biggest day since he was a sophomore and set a University of Minnesota record with nine receptions against Purdue. 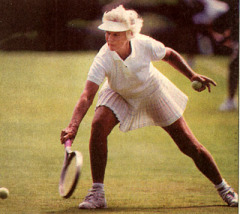 An outstanding player in racquets competition, Mrs. Vosters won 12 national doubles squash championships and four in national seniors doubles. She won Middle States singles and doubles tennis titles and Pennsylvania and Delaware state doubles events, and she and her daughters won 16 national mother-daughter titles, including three in one year on as many surfaces.