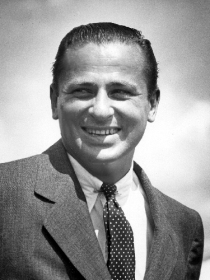 Carpenter's career as President of the Philadelphia Phillies (1943-72) included a citation as "Major League Executive of the Year" in 1969 and a National League pennant winner in 1950 with the famed "Whiz Kids". Bob was also President of Wilmington's Class "B" interstate team, the Blue Rocks, producing such later Phillies stars Robin Roberts and Curt Simmons in the 1940s. He organized professional basketball and boxing operations and is a great benefactor for University of Delaware sports, especially football. The University's "Bob Carpenter Sports and Convocation Center" is named after him.

Dave rose from being the 17-year-old club golf champion at Rock Manor in Wilmington, to a pro tour career that earned him 14 tournament titles in the 1940s and 1950s, including the Jacksonville, Greensboro, Ardmore, Houston, Citrus and Bing Crosby Opens. In 1952, playing on the same Ryder Cup team with fellow Wilmingtonian Porky Oliver, he tied the final singles match that gave the U.S. team the half-point needed to edge host Great Britain. He won the Houston Open by beating Sam Snead on the final hole while equaling the course record. Douglas, who played out of Newark Country Club, served as vice President of the Professional Golfers' Association. Dave was Delaware's "Athlete of the Year" in 1952. He died at Rehoboth Beach on November 17, 1978 at age 60. 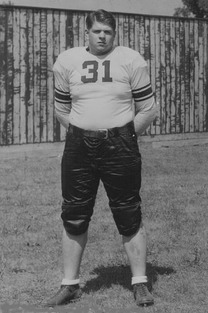 At Laurel High School, Dallas was a standout in football, basketball and baseball and played on thre state championship football teams, Dallas attended Northwestern University where, in 1931, he became the school's  first modern football All-American. He was generally considered to be the nation's premier tackle that same year. At Northwestern University, he was a three-year regular and captained the team (7-1-1) his senior year. The team was 20-5-1 in his three years. Dallas was a unanimous choice on the Associated Press All-Big Ten team. 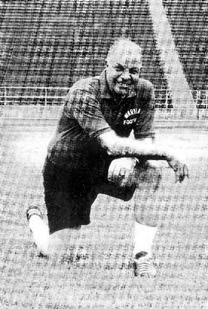 Dim's phenomenal records at Salesianum earned him national "Catholic Football I Coach of the Year" ( 1964) and Delaware Coach of the Year (1958) honors. In Montero's decade with the Sallies, (1956-65), their record was 70-10-3, including four unbeaten seasons and winning streaks of 29 (a state record) and 26. Montero, who previously coached at Washington and Kings Colleges, left the Wilmington school for the University of Maryland to become Assistant to the Athletic Director and the head coach for six years. His duties included recruiting, and his prize catch was Randy White. As an athlete at Salesianum School, he was a first team Philadelphia "All-Catholic League" tackle for three years. He set a shot-put record at a national schoolboy meet held at Notre Dame. He earned "Little All-American" mention at LaSalle College. He died December 11, 1980, at age 62. 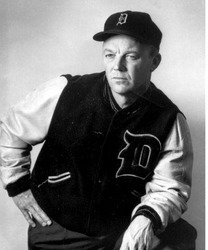 A foremost authority on collegiate football rules and the father of the Wing-T offense, Dave served college football for many years. At the University of Delaware, Nelson served as Athletic Director for 33 years (1951-1984), head football coach (1951-66), and Dean of the College of Physical Education, Athletics and Recreation (1980-89).  He was appointed the first full-time commissioner of the Yankee Conference in 1989 , serving until his death in 1991. Nelson was a member of the NCAA Football Rules Committee for 34 years (1957-90), and was the committee's Secretary-Editor for 29 years. Dave's football record was 84-42-2 (1951-65). His 1963 team was undefeated and named Small College National Champions by United Press International. He led teams to three Middle Atlantic Conference and three Lambert Cup titles. Nelson developed Delaware into the "Little Giants of the East". He was Hillsdale College head coach (1946-47), was Harvard backfield coach in 1948, and the University of Maine head coach 1949-50. Dave was inducted into the College Football Hall of Fame in 1987, and was a charter member of the University of Delaware Athletics Hall of Fame in 1997, He won the National Football Foundation's Distinguished American Award in 1984 and selected by Referee Magazine as one of the top 20 men who did the most for his sport in officiating. 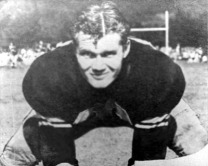 Caleb, from Dover, was an All-American football center for Auburn University in 1944. At Auburn, he was chosen on the Associated Press, Collier's, and the All-American Board of Coaches' teams. At Dover High School, Warrington was a standout football, basketball and baseball athlete before enrolling at Bordentown Military Academy where he captained two undefeated football teams. After college he played professionally for the Brooklyn Dodgers in the All-American Conference for three years and captained the team for two years.

The state's first football "All-American", he was selected in 1895 and 1896 on the Walter Camp "All-American" team for his play at guard for the University of Pennsylvania. In the 56 varsity games he played at Penn, the Quakers lost only four. Their 1894 record was 12-0 and 1895 record 14-0. He captained the 1896 team which lost only to Lafayette in a 6-4 game. For six years stating in 1931, he was Physical Education Director at the University of Delaware. Born in Magnolia, he died in 1949 at the age of 78.