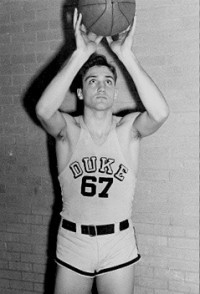 A former P. S. DuPont High School athlete, Ed became Delaware's first All-American basketball player in 1947 when he was selected by the  Helms Foundation for his play at Duke University. He was also All-American in lacrosse at Duke. Ed played football at the University of North Carolina while there under the Navy's V-12 program and later switched to the Navy ROTC program at Duke. 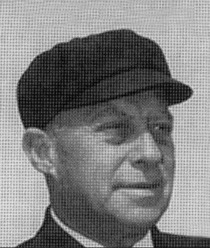 ﻿﻿﻿﻿This Delaware native started his baseball umpiring career on the Wilmington sandlots and went on to achieve 29 years service in the American League. Bill became a legend in his profession and set a durability record of 2,541 games without missing an inning. He is a National Baseball Hall of Fame inductee. Bill umpired eight World Series and four All-Star games. Gordon Cobbledick, Cleveland Plain Dealer Sports Editor said, "In my time, Bill McGowan was the greatest umpire of them all". Clark Griffith, Washington Senators owner said "Bill McGowan is the greatest baseball umpire I have ever seen" and the ball players always said "Bill McGowan was the best umpire in the American League" per Art Daly, New York Times columnist. 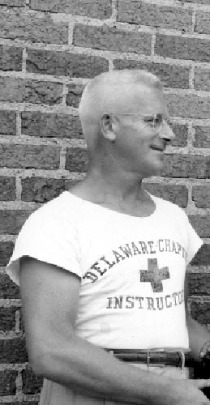 The long-time supervisor of recreation for the Wilmington Board of Park Commissioners, Newlin provided the impetus that made track, cross-country and swimming major events on the state sports scene. Although not a member of the educational system, his work encouraged many schools to participate in what are now traditional events. Frank organized the Peninsula Relays in 1948, and added six other meets to the scholastic program in 1949.  He also provided the push for cross-country and swimming in 1953. Frank laid out the Rockford Park course, and started the State open in 1948, later known as the Delaware AAU Championships which he directed for the first 20 meets. In swimming he organized the first state outdoor swimming championship for boys and girls in 1946. In 1957 he became state softball commissioner. 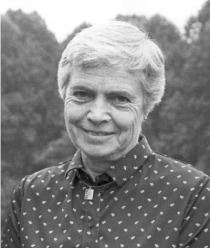 The former headmistress of Sanford Prep School was a world class field hockey player who in 1988 became a charter member of the sport's Hall of Fame. For seven years she was a member of the All-America team in international competition, and she was with the U.S. touring team four times, twice as captain. She later officiated internationally. Nancy was president of both the U.S. Field Hockey Association and the International Federation of Women's Hockey Associations and edited the Field Hockey and Lacrosse Guide.

Acclaimed the state's outstanding boxing product, Tribuani was Easter Gold Gloves champion in 1940 and the winner in his division in the East-West Tournament. Tribuani went on to a professional career and became a ranking welterweight. Famous names such as Lew Jenkins and Bummy Davis are among those that he defeated. 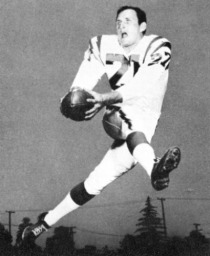 A two-time "Athlete of the Year" selection by the Wilmington Sportswriters Association, Waller went from a brilliant football career at Laurel High School to star for the University of Maryland and the Los Angeles Rams of the NFL. He was picked All-Pro in his rookie year (1955) with the division-winning Rams. He gained 713 yards and scored seven touchdowns. At Laurel High School in his senior year he established one-season state records of 30 touchdowns, 33 PATs and a total of 213 points. He holds the career scoring record of 434 points. At the University of Maryland, Ron was chosen for the All-Atlantic Coast Conference team. He played with the College All-Stars who beat Cleveland of the NFL. Ron coached the San Diego Chargers, Philadelphia Bell and the Wilmington Clippers. 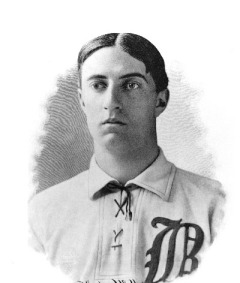 As a teenager he played baseball for the Wilmington YMCA and Newark Academy. After one season of play for the University of Delaware, Willis turned pro. Displaying a nasty curveball, he helped pitch Syracuse of the Tri-State League to a pennant in 1897. Next stop, the major leagues, where in 1898 he had a 24-13 record which helped the Boston National League club win the pennant. In 1899, Vic went 27-10, including a no-hitter. Overall, Willis was a 20-game winner eight times during his 13-year career, twice winning 27. During the season of 1901 he set the National League record for complete games in the 20th century with 45. After 1902 the Boston team was always a threat to lose 100 games .  Willis lost 25 games in 1904 and a modern record of 29 in 1905 while posting excellent ERA's of 2.85 and 3.21, In 1906 he was traded to Pittsburgh and proceeded to win 22, 22, 23, and 22 in consecutive seasons. His ERA in 1906 was a tidy 1.73. Willis finished his career in St. Louis in 1910 ... his career won-loss record was 248-206, including 50 shutouts. It took a long time, but Wilmington's Vic Willis was inducted into the Baseball Hall of Fame at Cooperstown, posthumously in 1997--50 years after his death in Elkton, Maryland.