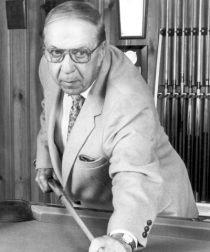 Born in Scranton, Pennsylvania, Jimmy began playing pocket billiards at age five on a miniature table. He grew up in Wilmington, Delaware. Caras won his first World Championship in 1936 at age 26 defeating Erwin Rudolph. Jimmy was the youngest player to win the title. He won World titles in 1938 over Andrew Ponzi, 1939 over Willie Mosconi, 1949 over Erwin Rudolph and 1967 over Luther Lassiter. 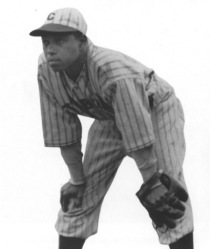 Judy Johnson was inducted into the Baseball Hall of Fame in Cooperstown, New York August 18, 1975. He was selected Delaware"s "Athlete of the Year" in 1976. He had a great career in the old Negro Leagues. A .300 hitter, he helped Hilldale win three titles in a row in the 1920s and helped the Pittsburgh Crawfords to a championship in 1935.

Marion was an outstanding tennis star who won the National Women's doubles title in 1918-1920 with Evelyn Goss and won it again in 1922 with Helen Wills. In 1924 she teamed with Vincent Richards to win the National Mixed Doubles Championship. She was twice picked on the U.S. Wilmington Cup Team against England, and just after World War II she teamed with Helen Hotchkiss Wightman to win the National Veterans Doubles. She was ranked second nationally in 1920, fourth in 1922, 1923 & 1925, and fifth in 1924. Marion reached the finals in the 1919 and 1920 National Singles Championships. 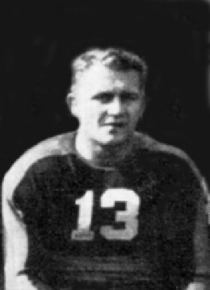 A star lineman at Salesianum School, he blossomed into a rare All-American (International News Service, 1935) from the state of Delaware when he was a three-year starting, 60-minute guard for Villanova. He was drafted by the Chicago Bears, traded to the Washington Redskins, then dealt back to the Bears in 1938. He was a member of the minor-league Wilmington Clippers when they scored a startling 16-14 win over the Philadelphia Eagles in 1940, then played four years with the Eagles. He later coached the Clippers and served as line coach for Ottawa of the Canadian League and Villanova. He was a pioneer inductee (posthumously) in the Delaware Sports Hall of Fame. He died Jan. 21, 1976, at the age of 61. 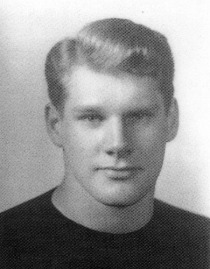 A consensus All-American halfback for Notre Dame's national championship team of 1943, Miller was inducted into the first class (1976) of the Delaware Sports Hall of Fame in a return to the city of his high school (Alexis I. du Pont) exploits. Irish Coach Frank Leahy called Miller "the best halfback I ever saw". While he was at Notre Dame, the team was 23-3-3. Creighton was one of 11 players named to the "College Football Hall of Fame". After serving as a Yale assistant coach, Miller served as legal counsel for the National Football League's Players' Association for 11 years and was assistant coach and attorney for the Cleveland Browns during their formative years. 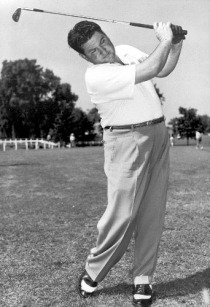 Ed came up through the caddy ranks in Delaware and twice won the "Caddy" title of the Philadelphia District. His victories included the Phoenix Open, Tacoma Open, Houston Classic, Jamaica Open, Western Open, Crosby Invitational and the St. Paul Open. He was runner-up at the 1952 Masters and was Ryder Cup member 1947-51-53 and captain 1961. Ed equaled the Masters tournament record that stood for 19 years.  In the 1941 Western Open he won with a 275 as Ben Hogan and Byron Nelson tied for 2nd with a 278. 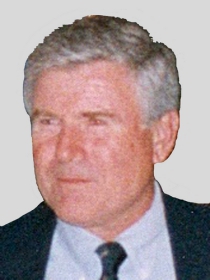 Vic set the State schoolboy mile record while at Salesianum that stood for many years and continued his outstanding track career at Villanova University. He shared Delaware's Sportswriters and Broadcasters Association Outstanding Athlete award in 1963 and was the sole winner of that award in 1964, the same year in which he pulled of the most difficult double in IC4A history by winning the three-mile in a meet record time and then returning 33 minutes later to win the 3,000 meter steeplechase. He also made the U.S Olympic team in 1964, probably the first trackman from Delaware to ever share the honor.